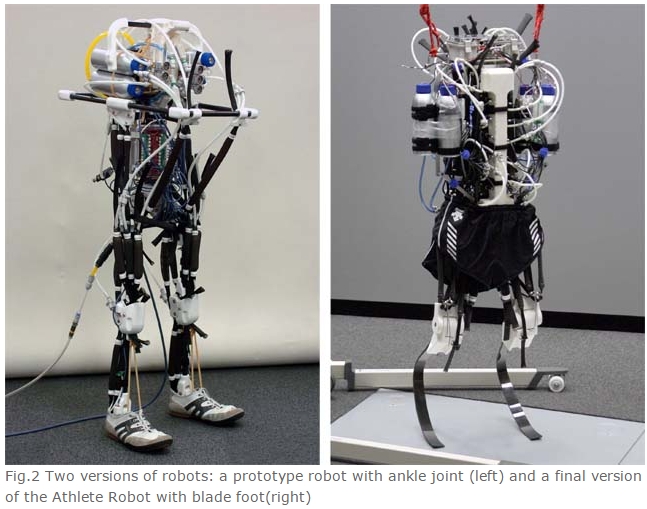 But not like Asimo, whose running gait is a bit, well, mechanical.

Niiyama wants a robot with the vigor and agility of a human sprinter.

To do that, he's building a legged bot that mimics our musculoskeletal system.

He calls his robot Athlete. Each leg has seven sets of artificial muscles. The sets, each with one to six pneumatic actuators, correspond to muscles in the human body -- gluteus maximus, adductor, hamstring, and so forth

To simplify things a bit, the robot uses prosthetic blades, of the type that double amputees use to run.

And to add a human touch, Niiyama makes the robot wear a pair of black shorts.

Meet MoNETA - the brain-inspired chip that will outsmart us all 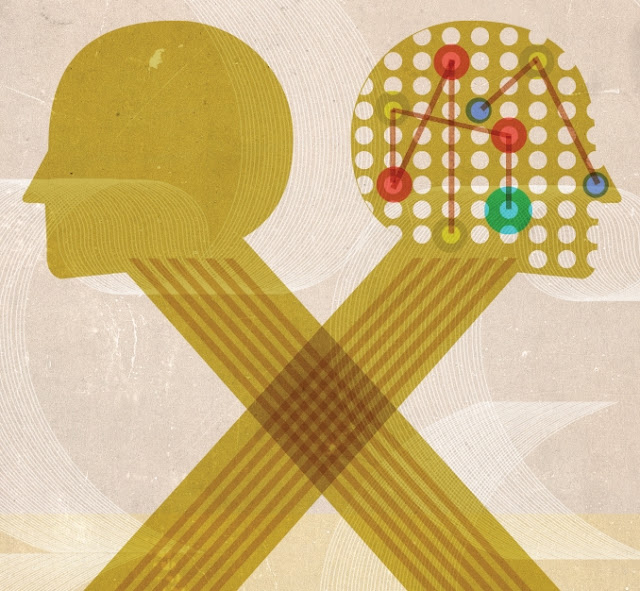 The Brain of a New Machine

(December 2, 2010)  Stop us if you’ve heard this one before: In the near future, we’ll be able to build machines that learn, reason, and even emote their way to solving problems, the way people do. If you’ve ever been interested in artificial intelligence, you’ve seen that promise broken countless times. Way back in the 1960s, the relatively recent invention of the transistor prompted breathless predictions that machines would outsmart their human handlers within 20 years. Now, 50 years later, it seems the best we can do is automated tech support, intoned with a preternatural calm that may or may not send callers into a murderous rage.

So why should you believe us when we say we finally have the technology that will lead to a true artificial intelligence? Because of MoNETA, the brain on a chip. MoNETA (Modular Neural Exploring Traveling Agent) is the software we’re designing at Boston University’s department of cognitive and neural systems, which will run on a braininspired microprocessor under development at HP Labs in California. It will function according to the principles that distinguish us mammals most profoundly from our fast but witless machines. MoNETA (the goddess of memory—cute, huh?) will do things no computer ever has. It will perceive its surroundings, decide which information is useful, integrate that information into the emerging structure of its reality, and in some applications, formulate plans that will ensure its survival. In other words, MoNETA will be motivated by the same drives that motivate cockroaches, cats, and humans. 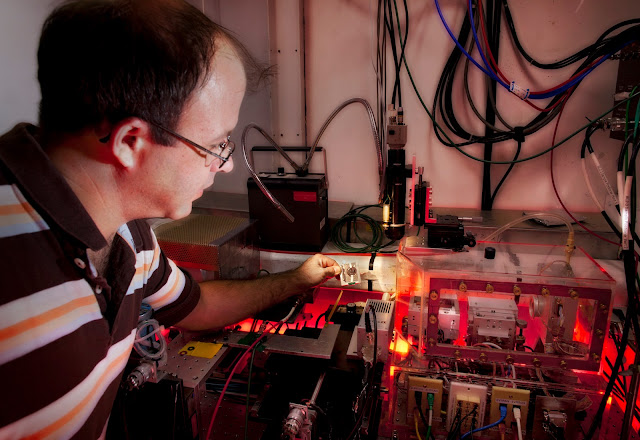 (December 2, 2010)  In a study that could rewrite biology textbooks, scientists have found the first known living organism that incorporates arsenic into the working parts of its cells. What's more, the arsenic replaces phosphorus, an element long thought essential for life. The results, based on experiments at the Stanford Synchrotron Radiation Lightsource, were published online today in Science Express.

"It seems that this particular strain of bacteria has actually evolved in a way that it can use arsenic instead of phosphorus to grow and produce life," said SSRL Staff Scientist Sam Webb, who led the research at the Department of Energy's SLAC National Accelerator Laboratory. "Given that arsenic is usually toxic, this finding is particularly surprising."

Phosphorus forms part of the chemical backbone of DNA and RNA, the spiraling structures that carry genetic instructions for life. It is also a central component of ATP, which transports the chemical energy needed for metabolism within cells. Scientists have for decades thought that life could not survive without it.