The Internet of Things [INFOGRAPHIC] 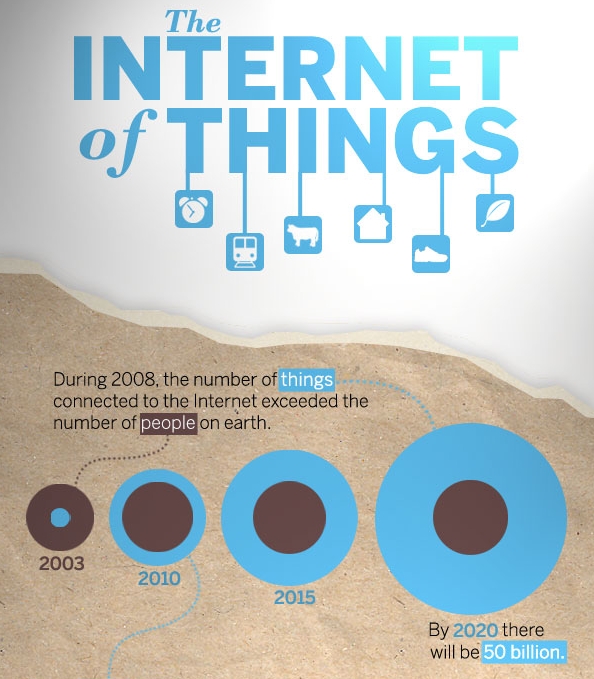 That’s right. There are more devices tapping into the Internet than people on Earth to use them. How is this possible?

The infographic below provides a visual representation of the increase in “things” connected to the Internet. With this increase, how will you prepare your network for the future?

Your Brain on Androids 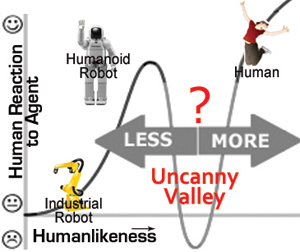 (July 14, 2011)  Ever get the heebie-jeebies at a wax museum? Feel uneasy with an anthropomorphic robot? What about playing a video game or watching an animated movie, where the human characters are pretty realistic but just not quite right and maybe a bit creepy? If yes, then you’ve probably been a visitor to what’s called the “uncanny valley.”

The phenomenon has been described anecdotally for years, but how and why this happens is still a subject of debate in robotics, computer graphics and neuroscience. Now an international team of researchers, led by Ayse Pinar Saygin of the University of California, San Diego, has taken a peek inside the brains of people viewing videos of an uncanny android (compared to videos of a human and a robot-looking robot).

Published in the Oxford University Press journal Social Cognitive and Affective Neuroscience, the functional MRI study suggests that what may be going on is due to a perceptual mismatch between appearance and motion.