(June 29, 2011)  Bringing the real world into the brain scanner, researchers at The University of Western Ontario from The Centre for Brain and Mind can now determine the action a person was planning, mere moments before that action is actually executed.

The findings were published this week in the prestigious Journal of Neuroscience, in the paper, “Decoding Action Intentions from Preparatory Brain Activity in Human Parieto-Frontal Networks.”

“This is a considerable step forward in our understanding of how the human brain plans actions,” says Jason Gallivan, a Western Neuroscience PhD student, who was the first author on the paper.

Over the course of the one-year study, human subjects had their brain activity scanned using functional magnetic resonance imaging (fMRI) while they performed one of three hand movements: grasping the top of an object, grasping the bottom of the object, or simply reaching out and touching the object. The team found that by using the signals from many brain regions, they could predict, better than chance, which of the actions the volunteer was merely intending to do, seconds later.

A First Step Toward a Prosthesis for Memory 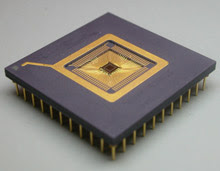 (June 23, 2011)  Researchers have developed the first memory prosthetic device—a neural implant that, in rats, restored lost brain function and improved short-term memory retention. While human testing is still a distant goal, the implant provides evidence that the brain’s complex neural code can be interpreted and reproduced to enhance cognitive function.

The device, which consists of a tiny chip and a set of 32 electrodes, marries math and neuroscience. At its heart is an algorithm that deciphers and replicates the neural code that one layer of the brain sends to another. The function restored by the implant is limited—rats were able to remember which of two levers they had pressed. But its creators believe that a device on the same principle could one day be used to improve recall in people suffering from stroke, dementia, or other brain damage.

Wake Forest University neurophysiologist Samuel Deadwyler first trained the rats to press two different levers in succession. The animals learned to press one lever as it was presented to them and then, after a delay, remember which they’d pressed and choose the other one the second time around. While the rats performed the task, two sets of minute electrodes recorded the activity of individual neurons on the right and left sides of the hippocampus, an area of the brain that consolidates short-term memory by processing information as it passes through multiple layers. A set of 16 electrodes—eight on the right, eight on the left—monitored signals being sent from neurons in an area of the hippocampus called the CA3 layer, and another 16 monitored the processed signals received by neurons in the CA1 layer. 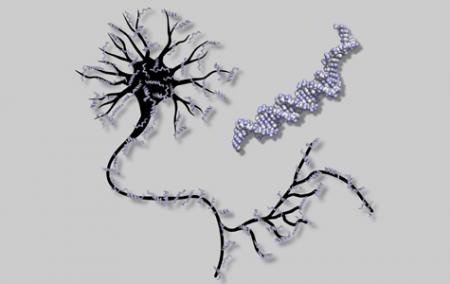 (June 20, 2011)  Artificial intelligence has been the inspiration for countless books and movies, as well as the aspiration of countless scientists and engineers. Researchers at the California Institute of Technology (Caltech) have now taken a major step toward creating artificial intelligence—not in a robot or a silicon chip, but in a test tube. The researchers are the first to have made an artificial neural network out of DNA, creating a circuit of interacting molecules that can recall memories based on incomplete patterns, just as a brain can.

"The brain is incredible," says Lulu Qian, a Caltech senior postdoctoral scholar in bioengineering and lead author on the paper describing this work, published in the July 21 issue of the journal Nature. "It allows us to recognize patterns of events, form memories, make decisions, and take actions. So we asked, instead of having a physically connected network of neural cells, can a soup of interacting molecules exhibit brainlike behavior?"

(June 17, 2011)  USC Viterbi School of Engineering scientists have developed a way to turn memories on and off—literally with the flip of a switch.

Using an electronic system that duplicates the neural signals associated with memory, they managed to replicate the brain function in rats associated with long-term learned behavior, even when the rats had been drugged to forget.

Berger is the lead author of an article that will be published in the Journal of Neural Engineering. His team worked with scientists from Wake Forest University in the study, building on recent advances in our understanding of the brain area known as the hippocampus and its role in learning.

In the experiment, the researchers had rats learn a task, pressing one lever rather than another to receive a reward. Using embedded electrical probes, the experimental research team, led by Sam A. Deadwyler of the Wake Forest Department of Physiology and Pharmacology, recorded changes in the rat's brain activity between the two major internal divisions of the hippocampus, known as subregions CA3 and CA1. During the learning process, the hippocampus converts short-term memory into long-term memory, the researchers prior work has shown.