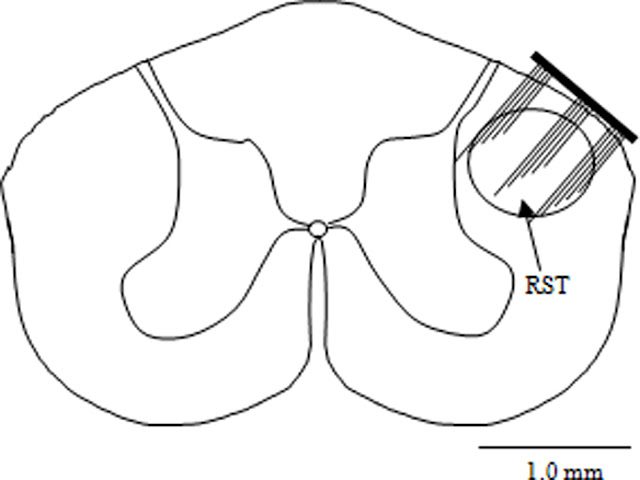 Implant location of the micro electrode array shown on the rubrospinal tract (RST)
at the C5 level of the rat spinal cord.

(October 17, 2011)  A new wireless device to help victims of spinal cord injury is receiving attention in the research community. Mesut Sahin, PhD, associate professor in the department of biomedical engineering at NJIT, recently has published and presented news of his findings to develop micro-electrical stimulators for individuals with spinal cord injuries.

The work, now in its third year of support from a four-year, $1.4 million National Institutes of Health (NIH) grant, has resulted in the development and testing of a technology known by its acronym, FLAMES (floating light activated micro-electrical stimulators). The technology, really a tiny semiconductor device, will eventually enable people with spinal cord injuries to restore some of the motor functions that are lost due to injury. Energized by an infrared light beam through an optical fiber located just outside the spinal cord these micro-stimulators will activate the nerves in the spinal cord below the point of injury and thus allow the use of the muscles that were once paralyzed. 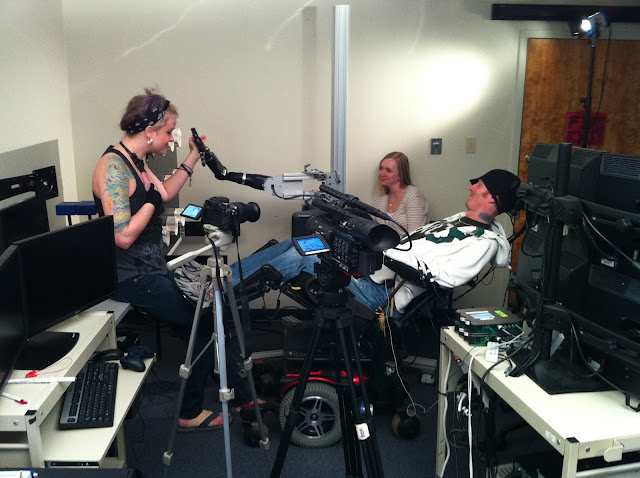 (October 17, 2011)  Seven years after a motorcycle accident damaged his spinal cord and left him paralyzed, 30-year-old Tim Hemmes reached up to touch hands with his girlfriend in a painstaking and tender high-five

Hemmes, of Evans City, Pa., is the first to participate in a new trial assessing whether the thoughts of a person with spinal-cord injury can be used to control the movement of an external device, such as a computer cursor or a sophisticated prosthetic arm. The project, one of two brain-computer interface (BCI) studies under way at the University of Pittsburgh School of Medicine and UPMC Rehabilitation Institute, used a grid of electrodes placed on the surface of the brain to control the arm.

It was a unique robotic arm and hand, designed by the Johns Hopkins University Applied Physics Laboratory, that Hemmes willed to extend first toward the palm of a researcher on the team and, a few minutes later, to his girlfriend’s hand. 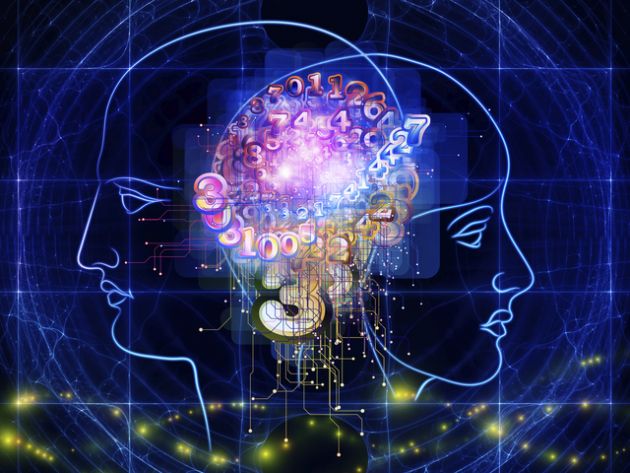 (October 11, 2010) The mathematical skills of boys and girls, as well as men and women, are substantially equal, according to a new examination of existing studies in the current online edition of journal Psychological Bulletin.

One portion of the new study looked systematically at 242 articles that assessed the math skills of 1,286,350 people, says chief author Janet Hyde, a professor of psychology and women's studies at the University of Wisconsin-Madison.

These studies, all published in English between 1990 and 2007, looked at people from grade school to college and beyond. A second portion of the new study examined the results of several large, long-term scientific studies, including the National Assessment of Educational Progress.

Monkeys "Move and Feel" Virtual Objects Using Only Their Brains 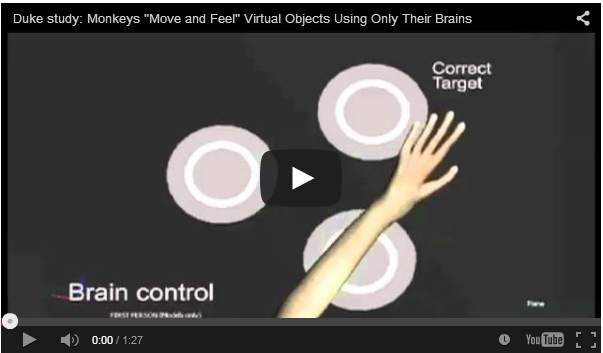 (October 5, 2011)  In a first-ever demonstration of a two-way interaction between a primate brain and a virtual body, two monkeys trained at the Duke University Center for Neuroengineering learned to employ brain activity alone to move an avatar hand and identify the texture of virtual objects.

"Someday in the near future, quadriplegic patients will take advantage of this technology not only to move their arms and hands and to walk again, but also to sense the texture of objects placed in their hands, or experience the nuances of the terrain on which they stroll with the help of a wearable robotic exoskeleton," said study leader Miguel Nicolelis, MD, PhD, professor of neurobiology at Duke University Medical Center and co-director of the Duke Center for Neuroengineering.

Without moving any part of their real bodies, the monkeys used their electrical brain activity to direct the virtual hands of an avatar to the surface of virtual objects and, upon contact, were able to differentiate their textures.