(December 22, 2011)  Princeton engineers are working closely with neuroscientists to understand how visual information and words are encoded in the brain.

In a five-year collaboration, a team led by Princeton’s Peter Ramadge, chair and the Gordon Y.S. Wu Professor of electrical engineering, and James Haxby, a neuroscientist at Dartmouth College, have found common patterns in data from brain scans, called fMRI, that reveal brain activity as people perform tasks. The researchers are solving a long-standing challenge of comparing one person’s brain activity to another, which until now has been difficult because both the anatomy and functional processes of each person’s brain are different.

In one recent result, published in the journal Neuron, the researchers had subjects watch the entire movie “Raiders of the Lost Ark” while undergoing fMRI scans and used the data to derive a “common neural code” for how the brain recognizes complex visual images. Based on data from the first half of the movie, the researchers were able to predict, using only a person’s fMRI results, what scene he or she was watching in the second half of the movie.

IBM 5 in 5: Mind Reading is no longer science fiction 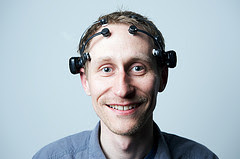 (December 19, 2011)  One of the many great things about working with the Emerging Technology Services team is that I am always focused on “what’s next.”  For a long time speech recognition fitted into this category as the computing industry looked to make technology more pervasive to free our finger tips from typing and to help us become more productive.

We are benefitting from this today with voice recognition for our cars, smartphones and even automated phone services for banks and travel reservations.

Now that speech recognition is becoming mainstream, and many other forms of human computer interaction have come along, like touch, gesture recognition, etc., we are thinking about what’s next - or in the case of the IBM 5 in 5 - what's next by 2017. In my view there will be huge leaps made in bioinformatics - this is a large topic, so I am more specifically referring to the use of sensors to understand our thoughts. 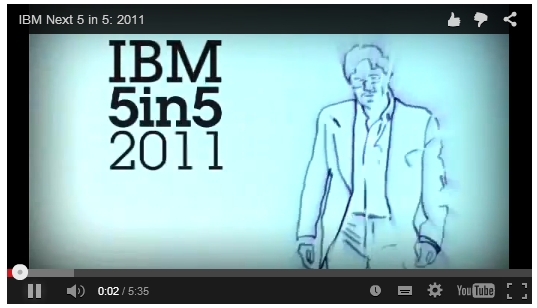 (December 19, 2011)  Today IBM formally unveiled the sixth annual “IBM 5 in 5" (#ibm5in5) – a list of innovations that have the potential to change the way people work, live and interact during the next five years:

The next IBM 5 in 5 is based on market and societal trends as well as emerging technologies from IBM’s research labs around the world that can make these transformations possible.
At IBM, we’re bridging the gap between science fiction and science fact on a daily basis. Here are how five technologies will define the future: 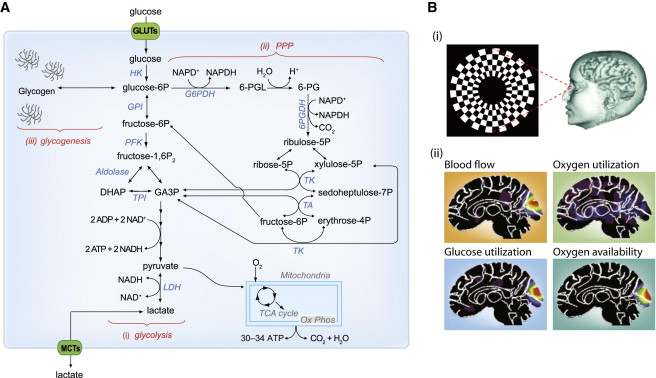 (December 7, 2011)  The energy requirements of the brain are very high, and tight regulatory mechanisms operate to ensure adequate spatial and temporal delivery of energy substrates in register with neuronal activity. Astrocytes—a type of glial cell—have emerged as active players in brain energy delivery, production, utilization, and storage. Our understanding of neuroenergetics is rapidly evolving from a “neurocentric” view to a more integrated picture involving an intense cooperativity between astrocytes and neurons. This review focuses on the cellular aspects of brain energy metabolism, with a particular emphasis on the metabolic interactions between neurons and astrocytes. 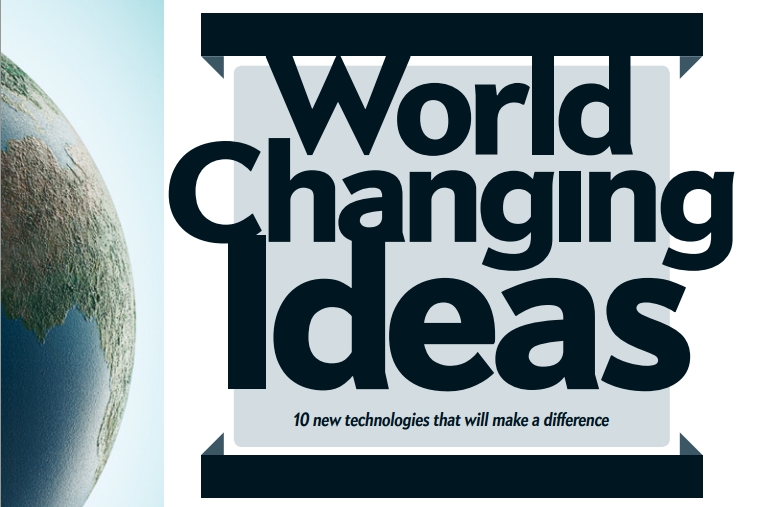 10 new technologies that will make a difference

(December 2, 2011)  Revolutions often spring from the simplest of ideas. When a young inventor named Steve Jobs wanted to provide computing power to “people who have no computer experience and don’t particularly care to gain any,” he ushered us from the cumbersome technology of mainframes and command-line
prompts to the breezy advances of the Macintosh and iPhone. His idea helped to forever change our relationship with technology. What other simple but revolutionary ideas are out there in the labs, waiting for the right moment to make it big? We have found 10, and in the following pages we explain what they are and how they might shake things up: Computers that work like minds. Batteries you can top off at the pump. A crystal ball made from data (the focus of a feature on page 52). Consider
this collection our salute to the power of a simple idea.