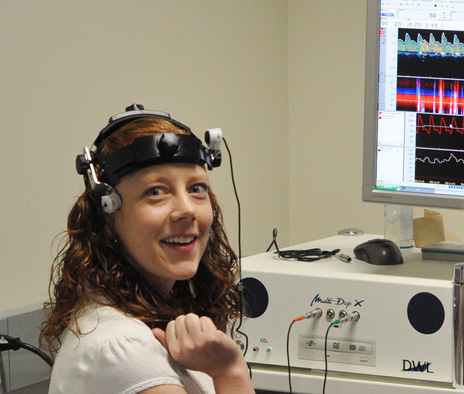 (September 21, 2011)  Ultrasound is good for more than monitoring fetuses and identifying heart defects. According to engineers in Canada, it can help tell what people are thinking as well. Their research suggests that ultrasound-based devices could lead to a new kind of brain-computer interface.

Brain-computer interface technology allows users to control devices with brain activity alone. Researchers have focused primarily on clinical applications for people with severe disabilities who would otherwise have difficulty interacting with the outside world.

Yet practical use of these methods has so far been limited due to a number of drawbacks. For instance, EEG faces "noise" from electrical signals sent by the muscles and eyes; fMRI and MEG are very expensive and require large equipment; and NIRS, while still early in development as a brain-computer interface technology, has a low data-transmission rate.

Now biomedical engineer Tom Chau and his colleagues at the University of Toronto reveal that ultrasound can also monitor brain activity, suggesting that it could be used for brain-computer interfaces.