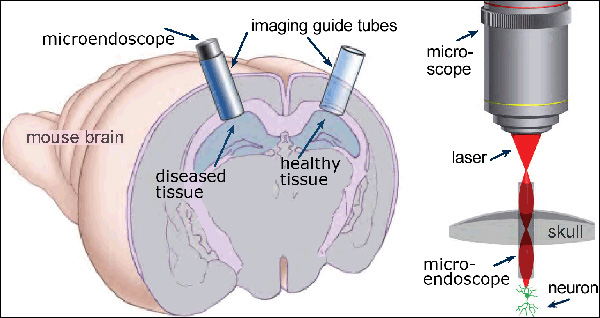 Stanford researchers have developed a new technique that allows them to monitor the tiny branches of neurons in a live brain for months at a time. Neuroscientists will now be able to monitor the microscopic changes that occur over the course of progressive brain disease.

(January 14, 2011)  Travel just one millimeter inside the brain and you'll be stepping into the dark.

Standard light microscopes don't allow researchers to look into the interior of the living brain, where memories are formed and diseases such as dementia and cancer can take their toll.

But Stanford scientists have devised a new method that not only lets them peer deep inside the brain to examine its neurons but also allows them to continue monitoring for months.

The technique promises to improve understanding of both the normal biology and diseased states of this hidden tissue.