Out of mind in a matter of seconds 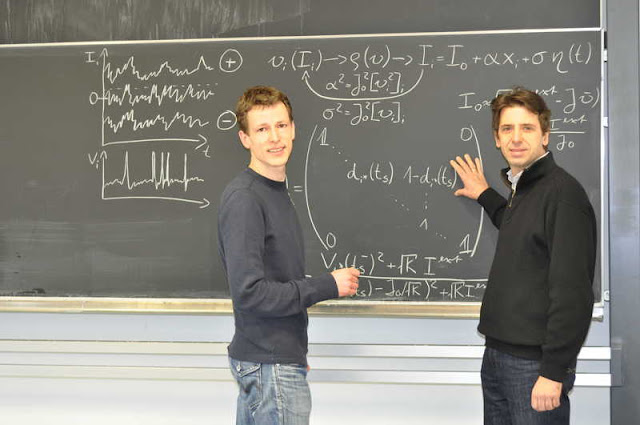 (January 24, 2011)  The dynamics behind signal transmission in the brain are extremely chaotic. This conclusion has been reached by scientists from the Max Planck Institute for Dynamics and Self-Organization at the University of Göttingen and the Bernstein Center for Computational Neuroscience Göttingen. In addition, the Göttingen-based researchers calculated, for the first time, how quickly information stored in the activity patterns of the cerebral cortex neurons is discarded. At one bit per active neuron per second, the speed at which this information is forgotten is surprisingly high. Physical Review Letters, 105, 268104 (2010)

The brain codes information in the form of electrical pulses, known as spikes. Each of the brain’s approximately 100 billion interconnected neurons acts as both a receiver and transmitter: these bundle all incoming electrical pulses and, under certain circumstances, forward a pulse of their own to their neighbours. In this way, each piece of information processed by the brain generates its own activity pattern. This indicates which neuron sent an impulse to its neighbours: in other words, which neuron was active, and when. Therefore, the activity pattern is a kind of communication protocol that records the exchange of information between neurons.