Stanford scientists see the solar future, and it's all about 'nanodomes' and 'plasmonics' 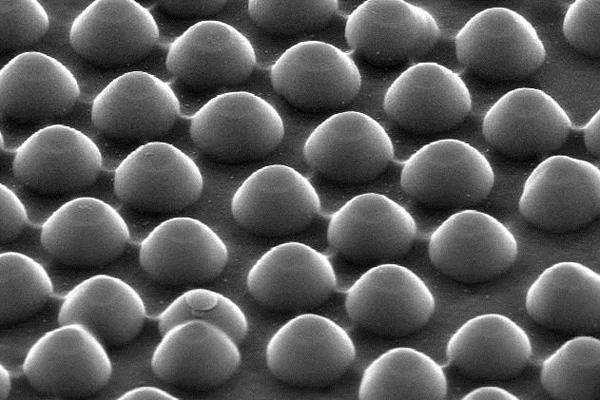 (January 28, 2011)  Researchers in solar energy speak of a day when millions of otherwise fallow square meters of sun-drenched roofs, windows, deserts and even clothing will be integrated with inexpensive solar cells that are many times thinner and lighter than the bulky rooftop panels familiar today.

So, when your iPod is on the nod, you might plug it into your shirt to recharge. Lost in the Serengeti with a sapped cell phone? No problem; rolled in your backpack is a lightweight solar pad. Sailing the seven seas and your GPS needs some juice? Hoist a solar sail and be one with the gods of geosynchronous orbit.

It is not hard to envision a time when such technologies will be ubiquitous in our increasingly energy-hungry lives. That day may come a bit sooner thanks to a multidisciplinary team of Stanford engineers led by Mike McGehee, Yi Cui and Mark Brongersma, and joined by Michael Graetzel at the École Polytechnique Fédérale de Lausanne (EPFL).