The brain knows what the nose smells, but how? Stanford researchers trace the answer 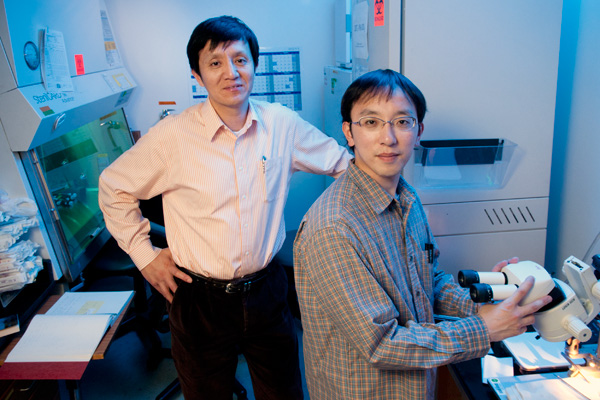 (February 2, 2011)  Professor of Biology Liqun Luo has developed a new technique to trace neural pathways across the brain. He has mapped the path of odor signals as they travel to the higher centers of a mouse brain, illuminating the ways mammalian brains process smells.

Mice know fear. And they know to fear the scent of a predator. But how do their brains quickly figure out with a sniff that a cat is nearby?

It's a complex process that starts with the scent being picked up by specific receptors in their noses. But until now it wasn't clear exactly how these scent signals proceeded from nose to noggin for neural processing.

In a study to be published in Nature (available online now to subscribers), Stanford researchers describe a new technique that makes it possible to map long-distance nerve connections in the brain. The scientists used the technique to map for the first time the path that the scent signals take from the olfactory bulb, the part of the brain that first receives signals from odor receptors in the nose, to higher centers of the mouse brain where the processing is done.