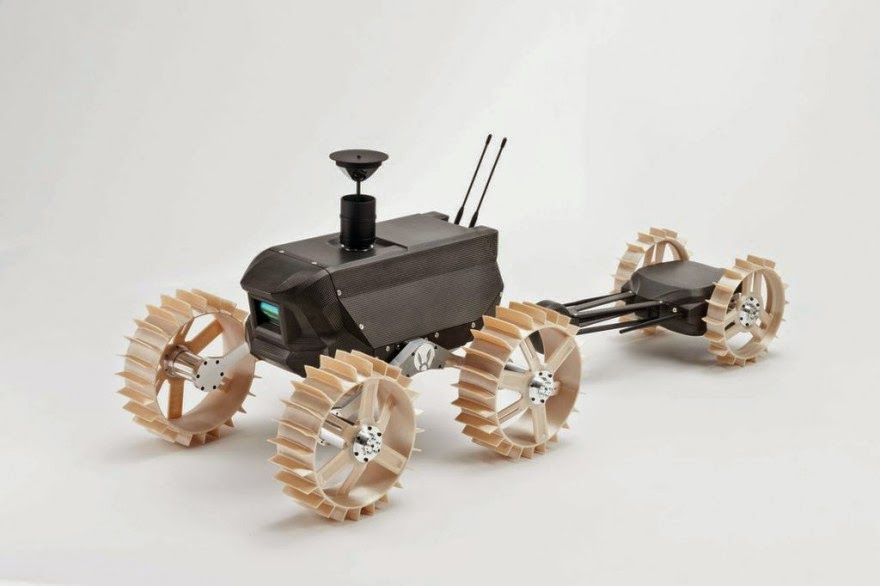 HAKUTO, the Japanese team competing for the $30M Google Lunar XPRIZE, has announced new pre-flight models of its two moon exploration rovers: four wheeled “Moonraker” and two wheeled “Tetris.” The Google Lunar XPRIZE is an unprecedented competition challenging privately funded teams to successfully land a spacecraft on the lunar surface that travels at least 500 meters and transmits high-definition video and imagery back to earth. Hakuto has developed a small and lightweight dual rover system to fulfill the requirements of the Google Lunar XPRIZE and, for the first time, explore caves beneath the lunar surface.