Batteries Included: A Solar Cell that Stores its Own Power 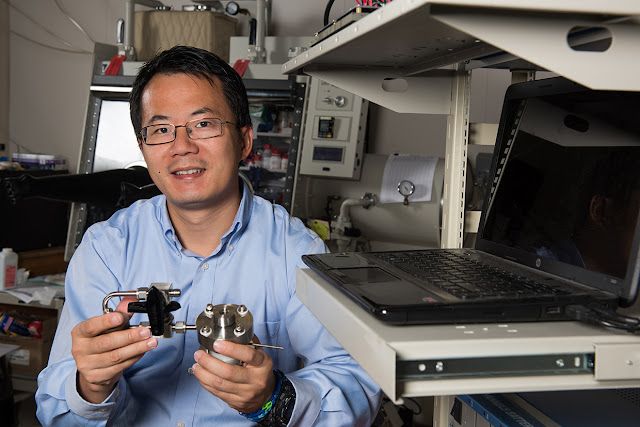 Actually, the patent-pending device invented at The Ohio State University is both: the world’s first solar battery.

In the October 3, 2014 issue of the journal Nature Communications, the researchers report that they’ve succeeded in combining a battery and a solar cell into one hybrid device.

Key to the innovation is a mesh solar panel, which allows air to enter the battery, and a special process for transferring electrons between the solar panel and the battery electrode. Inside the device, light and oxygen enable different parts of the chemical reactions that charge the battery.

The university will license the solar battery to industry, where Yiying Wu, professor of chemistry and biochemistry at Ohio State, says it will help tame the costs of renewable energy.

“The state of the art is to use a solar panel to capture the light, and then use a cheap battery to store the energy,” Wu said. “We’ve integrated both functions into one device. Any time you can do that, you reduce cost.” 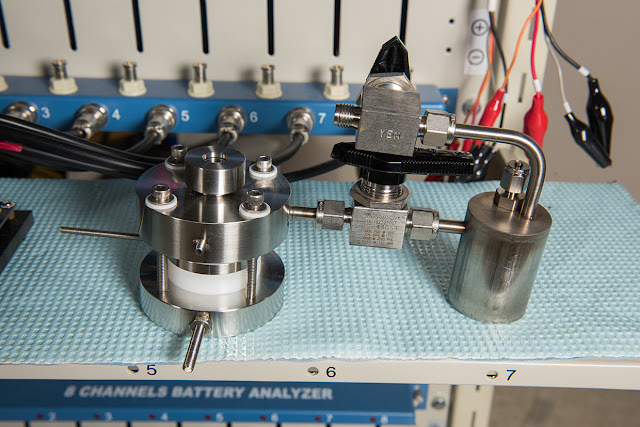 He and his students believe that their device brings down costs by 25 percent.

The invention also solves a longstanding problem in solar energy efficiency, by eliminating the loss of electricity that normally occurs when electrons have to travel between a solar cell and an external battery. Typically, only 80 percent of electrons emerging from a solar cell make it into a battery. 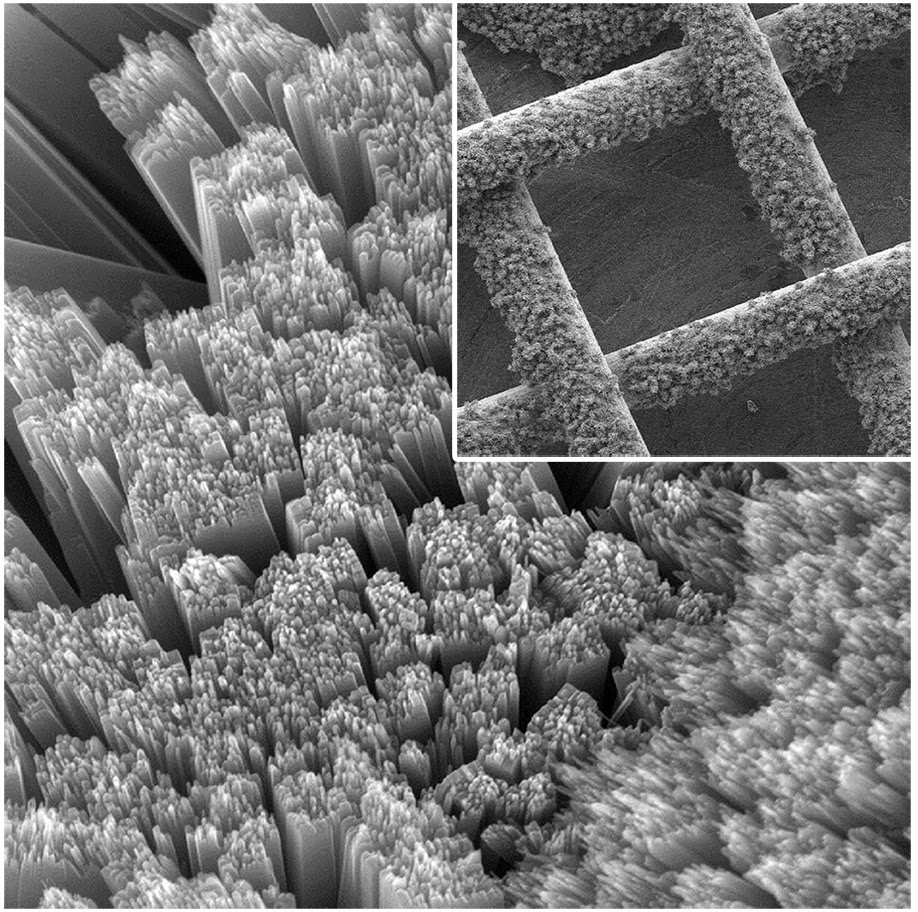 With this new design, light is converted to electrons inside the battery, so nearly 100 percent of the electrons are saved.

The design takes some cues from a battery previously developed by Wu and doctoral student Xiaodi Ren. They invented a high-efficiency air-powered battery that discharges by chemically reacting potassium with oxygen. The design won the $100,000 clean energy prize from the U.S. Department of Energy in 2014, and the researchers formed a technology spinoff called KAir Energy Systems, LLC to develop it.