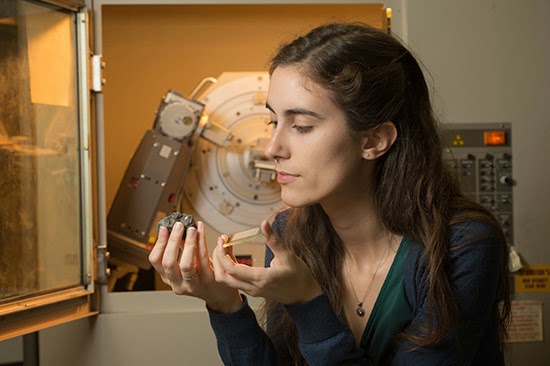 A Washington State University undergraduate has helped develop a new method for detecting water on Mars. Her findings appear in Nature Communications, one of the most influential general science journals.

Kellie Wall, 21, of Port Orchard, Wash., looked for evidence that water influenced crystal formation in basalt, the dark volcanic rock that covers most of eastern Washington and Oregon. She then compared this with volcanic rock observations made by the rover Curiosity on Mars’ Gale Crater.