First material to be woven at nano level 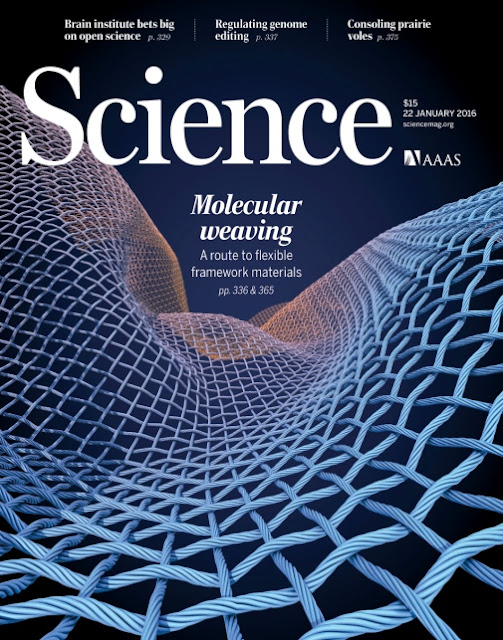 Reprinted with permission from AAAS. www.sciencemag.org

(January 22, 2016)  For the first time, scientists have been able to weave a material at molecular level. The research is led by University of California Berkeley, in cooperation with Stockholm University. The new material is presented in the scientific journal Science.

Weaving is a well-known way of making fabric, but has until now never been used at the molecular level. Scientists have now been able to weave organic threads into a three-dimensional material, using copper as a template. The new material is a COF, covalent organic framework, and is named COF-505. The copper ions can be removed and added without changing the underlying structure, and at the same time the elasticity can be reversibly changed.

– It almost looks like a molecular version of the Vikings chain-armour. The material is very flexible, says Peter Oleynikov, researcher at the Department of Materials and Environmental Chemistry at Stockholm University.

COF’s are like MOF’s porous three-dimensional crystals with a very large internal surface that can adsorb and store enormous quantities of molecules. A potential application is capture and storage of carbon dioxide, or using COF’s as a catalyst to make useful molecules from carbon dioxide.