Seeking the Causes of Hyperactivity 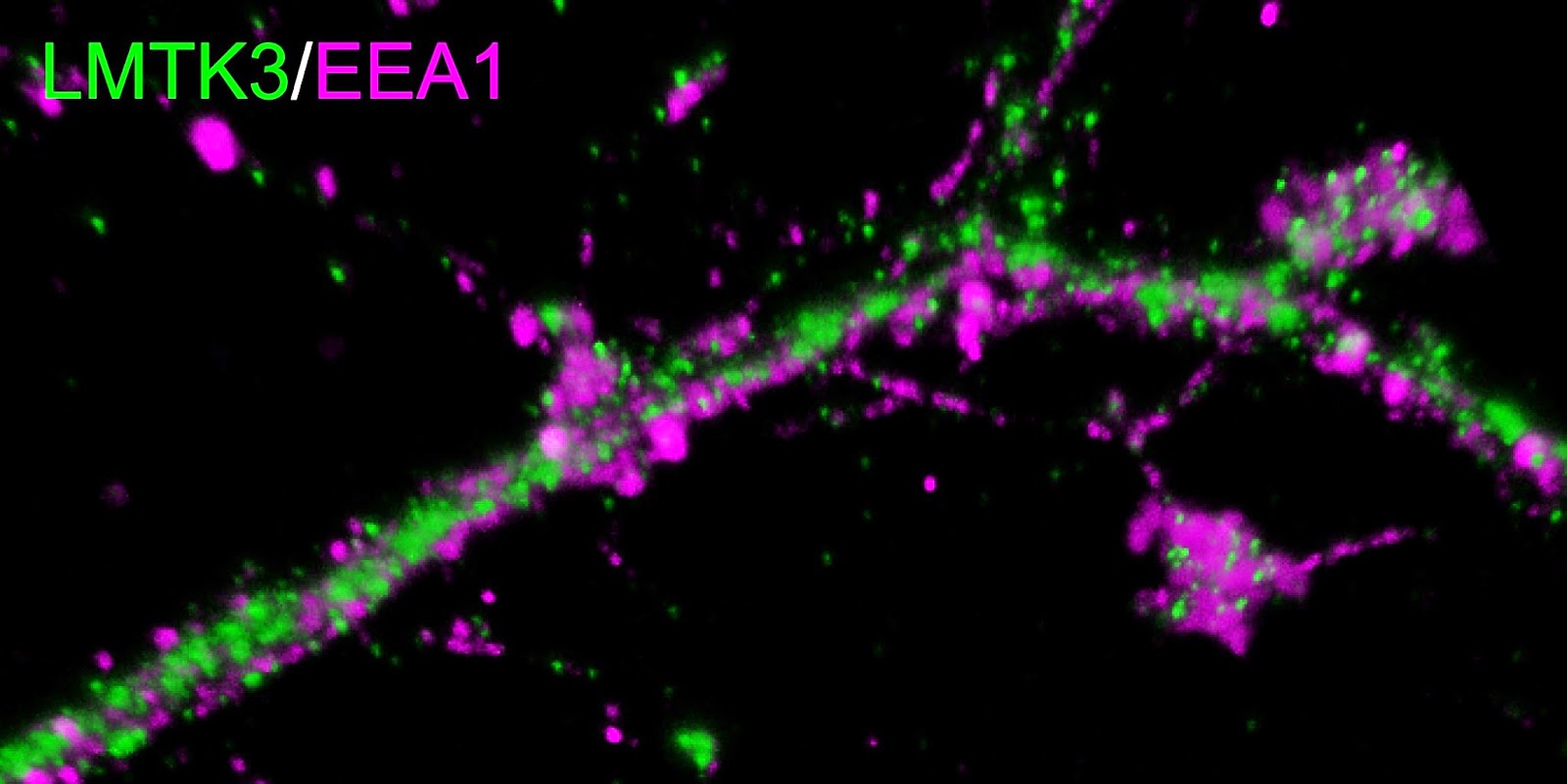 The 60 trillion cells that comprise our bodies communicate constantly.  Information travels when chemical compounds released by some cells are received by receptors in the membrane of another cell. In a paper published in the Journal of Neuroscience, the OIST Cell Signal Unit, led by Professor Tadashi Yamamoto, reported that mice lacking an intracellular trafficking protein called LMTK3, are hyperactive.  Hyperactivity is a behavioral disorder that shows symptoms including restlessness, lack of coordination, and aggressive behavior.  Identifying the genetic factors that contribute to such behaviors may help to explain the pathological mechanisms underlying autism and Attention Deficit Hyperactivity Disorder, ADHD, in humans.