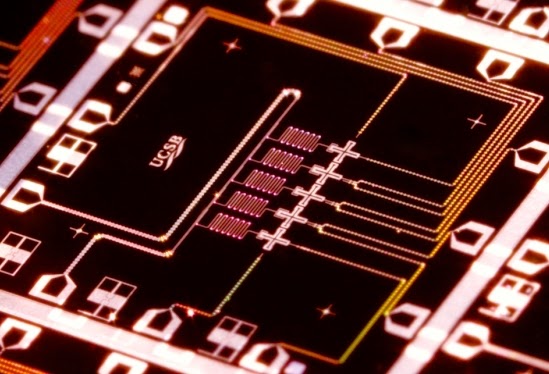 A group of UC Santa Barbara physicists has moved one step closer to making a quantum computer a reality by demonstrating a new level of reliability in a five-qubit array. Their findings appear Thursday in the journal Nature.

Quantum computing is anything but simple. It relies on aspects of quantum mechanics such as superposition. This notion holds that any physical object, such as an atom or electron — what quantum computers use to store information — can exist in all of its theoretical states simultaneously. This could take parallel computing to new heights.