Vacuum Ultraviolet Lamp of the Future Created in Japan 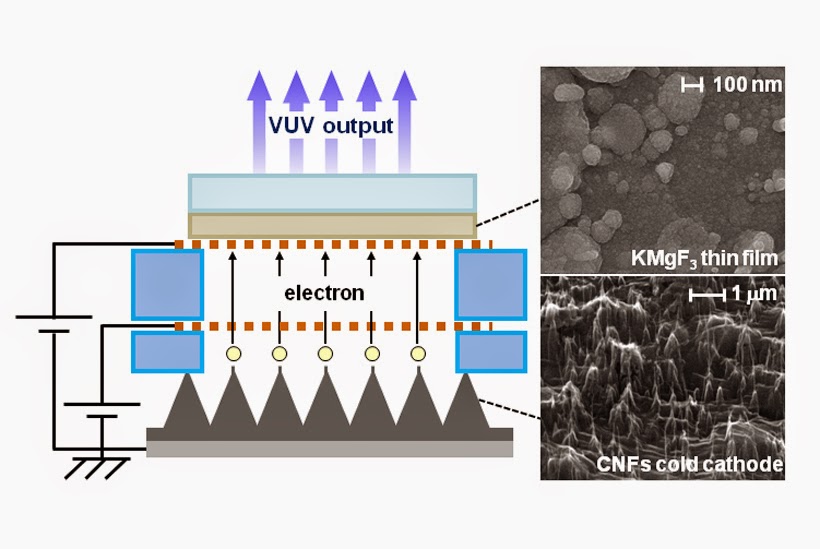 A team of researchers in Japan has developed a solid-state lamp that emits high-energy ultraviolet (UV) light at the shortest wavelengths ever recorded for such a device, from 140 to 220 nanometers. This is within the range of vacuum-UV light -- so named because while light of that energy can propagate in a vacuum, it is quickly absorbed by oxygen in the air.

This fact makes vacuum UV light extremely useful for industrial applications from sterilizing medical devices to cleaning semiconductor substrates because when it strikes oxygen-containing molecules on a surface, it generates highly reactive oxygen radicals, which can completely destroy any microbes contaminating that surface.