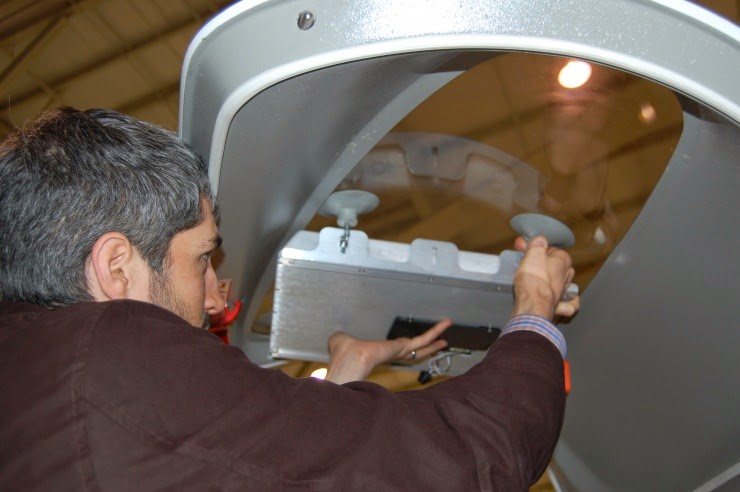 The Georgia Tech Research Institute’s software-defined, electronically-reconfigurable Agile Aperture Antenna (A3) has now been tested on the land, sea and air.

Department of Defense representatives were in attendance during a recent event where two of the low-power devices, which can change beam directions in a thousandth of a second, were demonstrated in an aircraft during flight tests held in Virginia during February 2014. One device, looking up, maintained a satellite data connection as the aircraft changed headings, banked and rolled, while the other antenna looked down to track electromagnetic emitters on the ground.