Getting a grip on robotic grasp 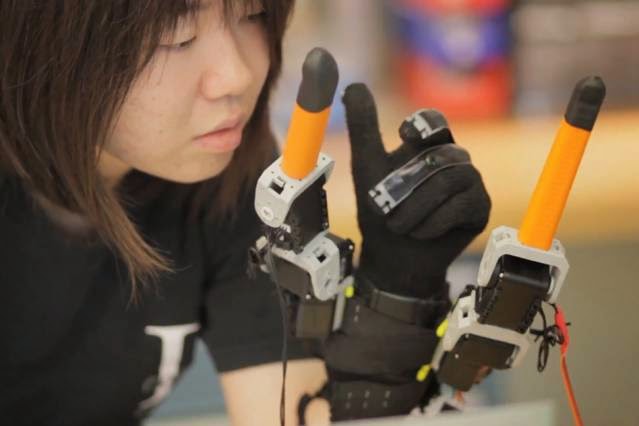 Twisting a screwdriver, removing a bottle cap, and peeling a banana are just a few simple tasks that are tricky to pull off single-handedly. Now a new wrist-mounted robot can provide a helping hand — or rather, fingers.

Researchers at MIT have developed a robot that enhances the grasping motion of the human hand. The device, worn around one’s wrist, works essentially like two extra fingers adjacent to the pinky and thumb. A novel control algorithm enables it to move in sync with the wearer’s fingers to grasp objects of various shapes and sizes. Wearing the robot, a user could use one hand to, for instance, hold the base of a bottle while twisting off its cap.