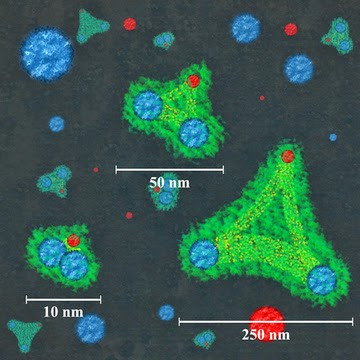 When a two-body relation becomes a three-body relation, the behaviour of the system changes and typically becomes more complex. While the basic physics of two interacting particles is well understood, the mathematical description of a three- or many-body system becomes increasingly difficult, such that calculating the dynamics can blast the capacities of even modern super computers. However, under certain conditions, the quantum mechanical three-body problem may have a universal scaling solution. The predictions of such a model have now been confirmed experimentally by physicists of Heidelberg University. The scientists under Prof. Dr. Matthias Weidemüller investigated three-particle molecules, known as trimers, under exotic conditions