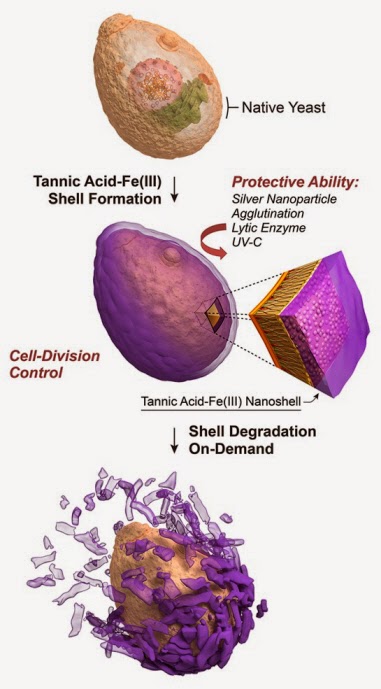 Some bacteria form endospores on cell walls to protect their DNA in case of nutrient deficiency. When an endospore meets a suitable environment for survival, the cell can revert to the original state from which it can reproduce.

﻿The technique that can artificially control such phenomenon was developed by an international team of researchers. At first, a cell is wrapped and preserved like an egg. When the cell is needed, the technique allows the endospore to decompose while it is alive. Future applications for this technique include cell-based biosensor, cell therapy, and biocatalyst processes.