How does a machine smell? Better than it did 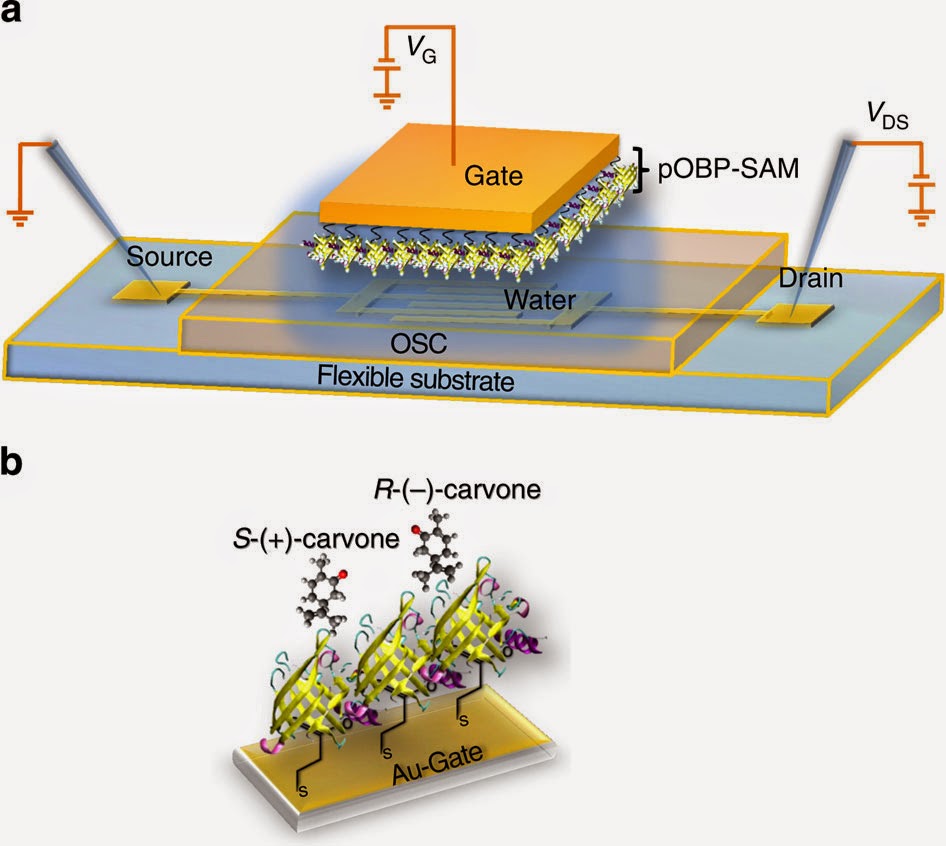 Scientists have come up with a way of creating sensors which could allow machines to smell more accurately than humans.

Every odour has its own specific pattern which our noses are able to identify. Using a combination of proteins coupled to transistors, for the first time machines are able to differentiate smells that are mirror images of each other, so called chiral molecules, something that has not been possible before. The human nose can distinguish between some of these molecules and the different forms of the same molecule of carvone, for example, can smell either like spearmint or caraway. Previous machines would not have been able to distinguish between the two.