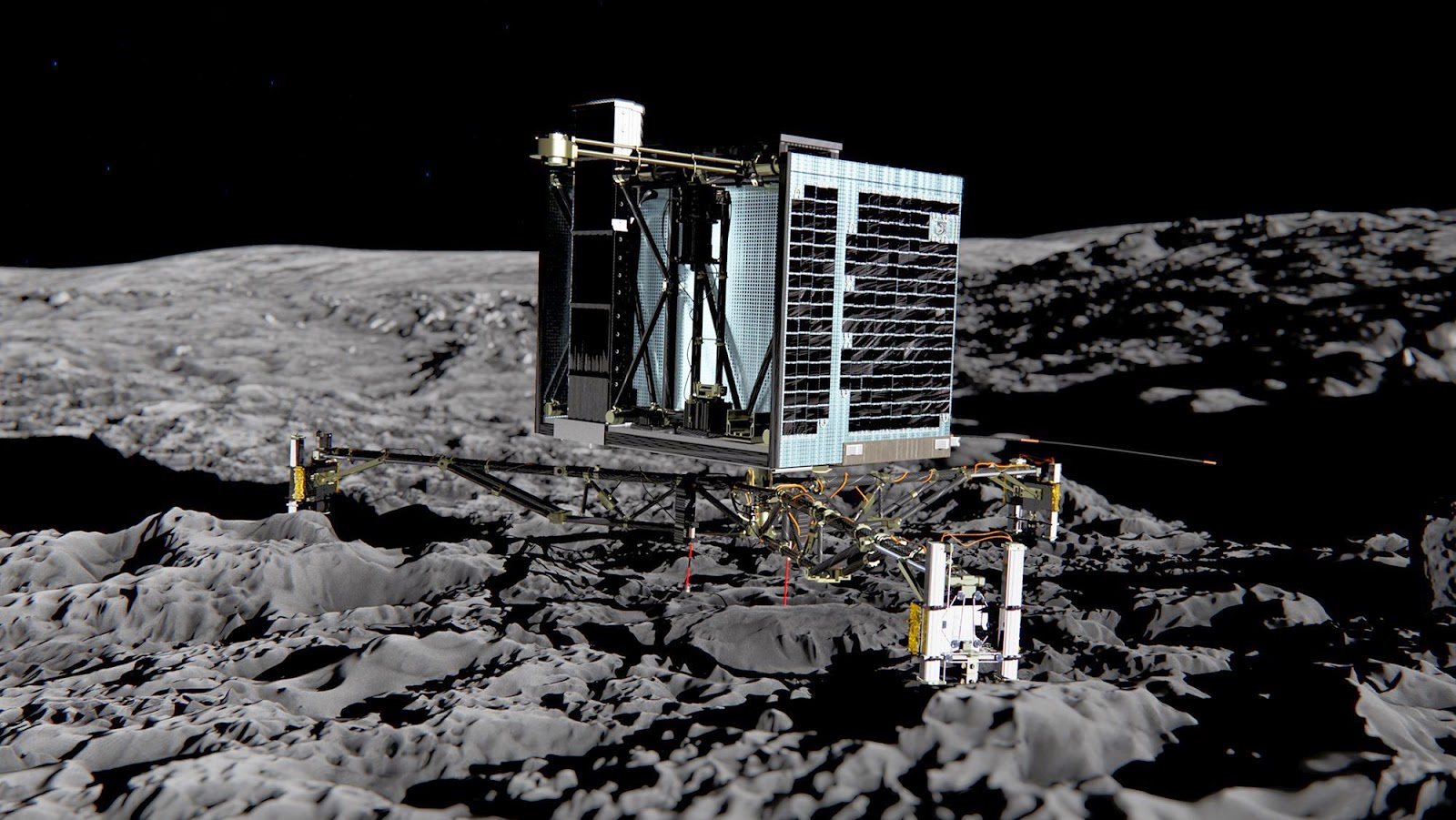 The journal Physics World has named the first landing of a research probe on a comet as its 2014 Breakthrough of the Year. The Physics World editorial team decided to single out the historic achievement of the scientists working on the Rosetta mission for its significance and fundamental importance to space science. A team headed by Dr. Göstar Klingelhöfer at Johannes Gutenberg University Mainz (JGU) developed the alpha particle x-ray spectrometer on board Philae, the lander of the ESA mission to the comet Churyumov-Gerasimenko. On November 12, 2014 the lander touched down on the comet after a ten-year journey aboard the Rosetta spacecraft. Physics World is the journal produced for members of the UK-based Institute of Physics (IOP), one of the largest associations of physicists in the world.