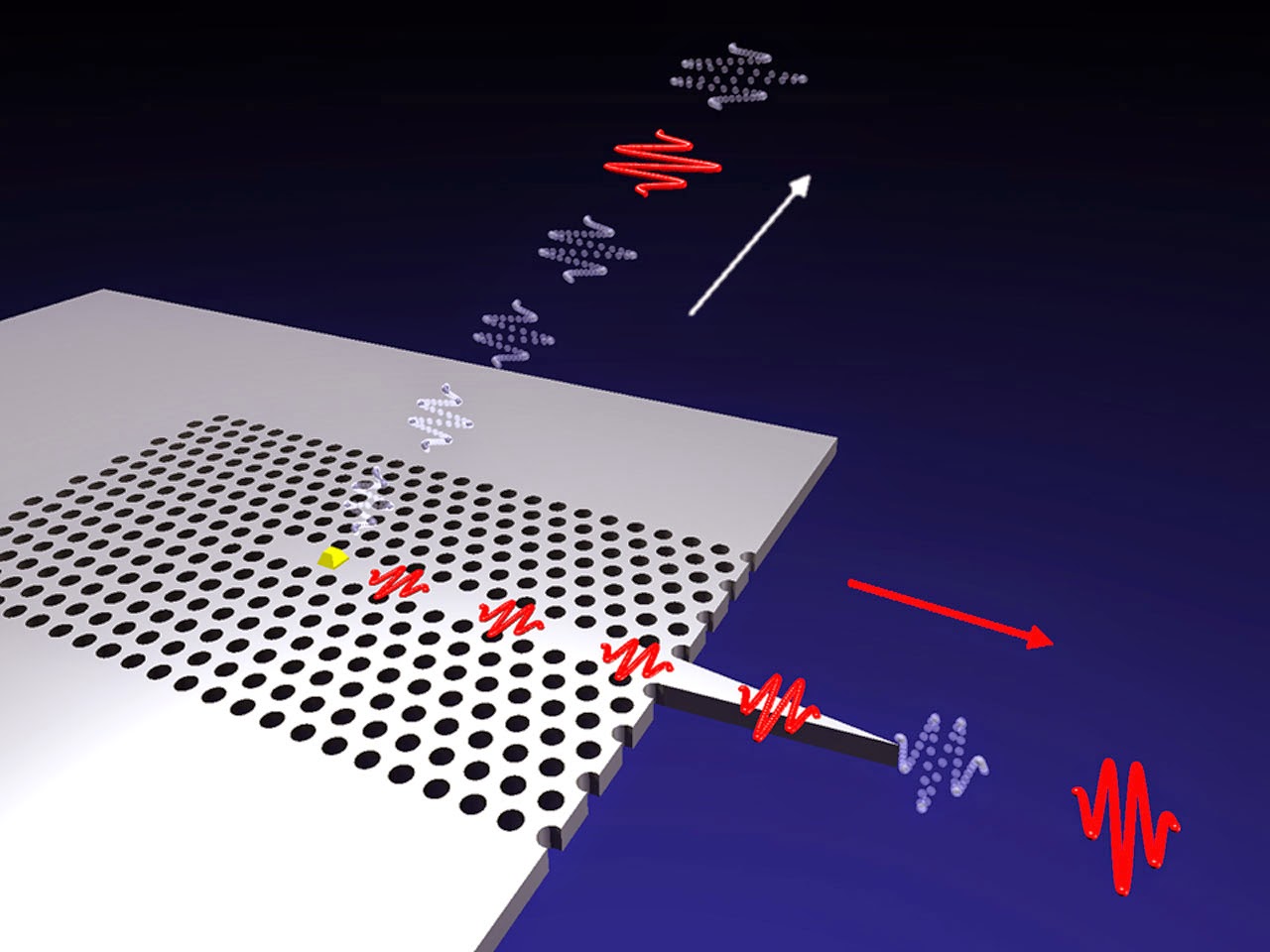 Electronic circuits are based on electrons, but one of the most promising technologies for future quantum circuits are photonic circuits, i.e. circuits based on light (photons) instead of electrons. First, it is necessary to be able to create a stream of single photons and control their direction. Researchers around the world have made all sorts of attempts to achieve this control, but now scientists at the Niels Bohr Institute have succeeded in creating a steady stream of photons emitted one at a time and in a particular direction. The breakthrough has been published in the scientific journal Physical Review Letters.