Still hot inside the Moon: Tidal heating in the deepest part of the lunar mantle 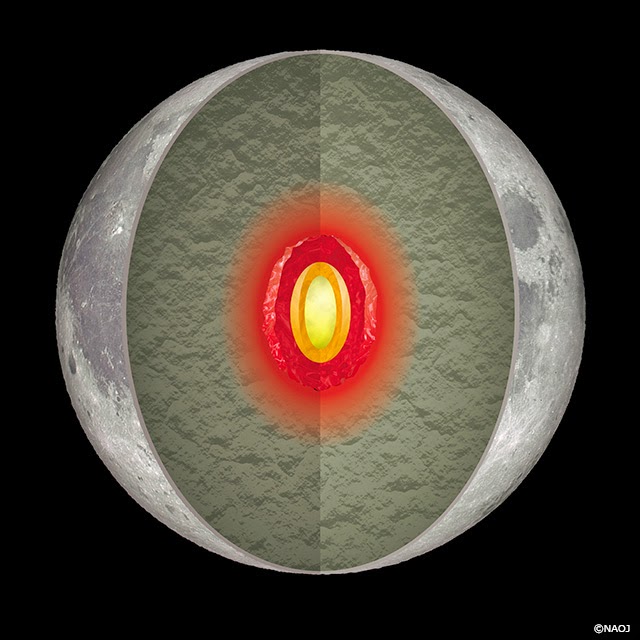 An international research team, led by Dr. Yuji Harada from Planetary Science Institute, China University of Geosciences, has found that there is an extremely soft layer deep inside the Moon and that heat is effectively generated in the layer by the gravity of the Earth. These results were derived by comparing the deformation of the Moon as precisely measured by Kaguya (SELENE, Selenological and Engineering Explorer) and other probes with theoretically calculated estimates. These findings suggest that the interior of the Moon has not yet cooled and hardened, and also that it is still being warmed by the effect of the Earth on the Moon. This research provides a chance to reconsider how both the Earth and the Moon have been evolving since their births through mutual influence until now.