The power of salt 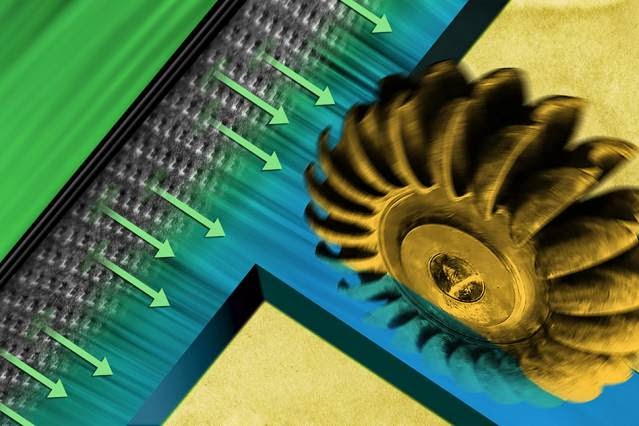 MIT study investigates power generation from the meeting of river water and seawater.

Where the river meets the sea, there is the potential to harness a significant amount of renewable energy, according to a team of mechanical engineers at MIT.

The researchers evaluated an emerging method of power generation called pressure retarded osmosis (PRO), in which two streams of different salinity are mixed to produce energy. In principle, a PRO system would take in river water and seawater on either side of a semi-permeable membrane. Through osmosis, water from the less-salty stream would cross the membrane to a pre-pressurized saltier side, creating a flow that can be sent through a turbine to recover power.