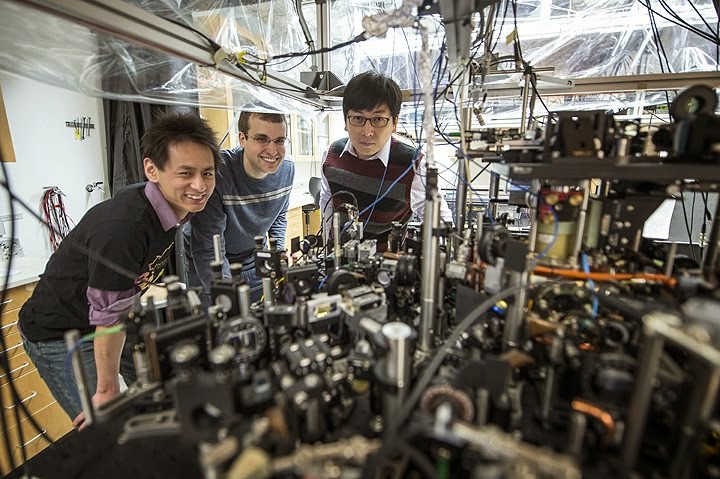 (Feb.5, '15) Scientists discovered in 1937 that liquid helium-4, when chilled to extremely low temperatures, became a superfluid that could leak through glass, overflow its containers, or eternally gush like a fountain.

Future Nobel laureate Lev Landau came along in 1941, predicting that superfluid helium-4 should contain an exotic, particle-like excitation called a roton. But scientists, including Landau, Nobel laureate Richard Feynman and Wolf Prize recipient Philippe Nozières have debated what structure the roton would take ever since.