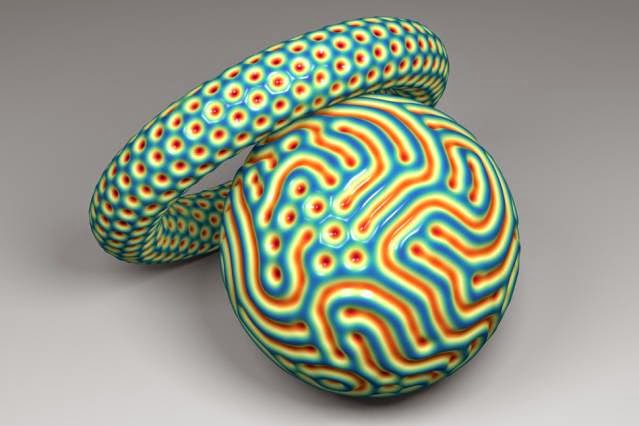 As a grape slowly dries and shrivels, its surface creases, ultimately taking on the wrinkled form of a raisin. Similar patterns can be found on the surfaces of other dried materials, as well as in human fingerprints. While these patterns have long been observed in nature, and more recently in experiments, scientists have not been able to come up with a way to predict how such patterns arise in curved systems, such as microlenses.