Down the Drain: Here's Why We Should Use Rainwater to Flush Toilets 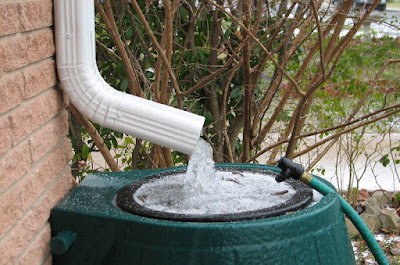 Many urban areas are encouraging the use of rain barrels as part of their
stormwater management plans.

(March 7, 2016)  If you live in one of four major U.S. cities chances are you’re letting the benefits of a ubiquitous natural resource go right down the drain — when it could be used to cut down your water bill. Research by a team of Drexel University environmental engineers indicates that it rains enough in Philadelphia, New York, Seattle and Chicago that if homeowners had a way to collect and store the rain falling on their roofs, they could flush their toilets often without having to use a drop of municipal water.

Toilet flushing is the biggest use of water in households in the United States and the United Kingdom, accounting for nearly one-third of potable water use. But there is no reason that clean, treated, municipal water needs to be used to flush a toilet — rainwater could do the job just as well. 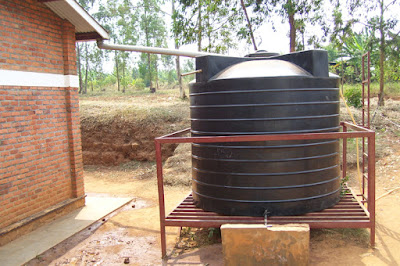 Environmental engineers at Drexel estimate that
with large enough storage tanks, the average rainfall
in four major U.S. cities would be enough to offset
a household's water requirement for flushing toilets.

“People have been catching and using rain water for ages, but it’s only been in the last 20-30 years that we have realized that this is something that could be done systematically in certain urban areas to ease all different kinds of stresses on watersheds; potable water treatment and distribution systems; and urban drainage infrastructure,” said Franco Montalto, P.E., PhD, an associate professor in Drexel’s College of Engineering, and director of its Sustainable Water Resource Engineering Lab, who led the research effort. “The study looks at four of the largest metropolitan areas in the country to see if it rains enough to make implementation feasible and, if everyone did it, what effect it would have on domestic water demand and stormwater runoff generation in those cities.”