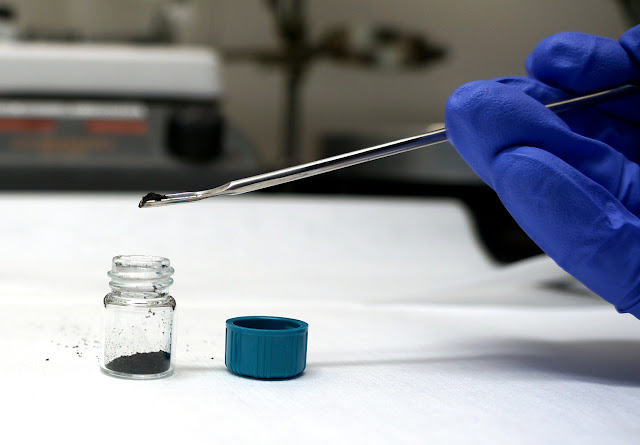 Hydrogen is the lightest and most plentiful element on Earth and in our universe. So it shouldn’t be a big surprise that scientists are pursuing hydrogen as a clean, carbon-free, virtually limitless energy source for cars and for a range of other uses, from portable generators to telecommunications towers—with water as the only byproduct of combustion. 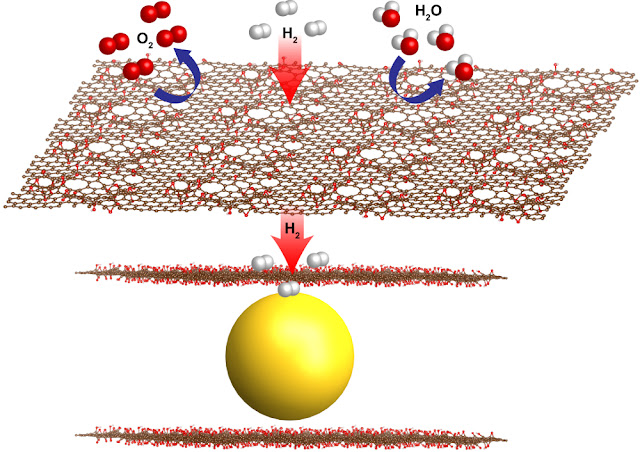 The graphene shields the nanocrystals from oxygen and moisture and contaminants, while tiny, natural holes allow the smaller hydrogen molecules to pass through. This filtering process overcomes common problems degrading the performance of metal hydrides for hydrogen storage.

These graphene-encapsulated magnesium crystals act as “sponges” for hydrogen, offering a very compact and safe way to take in and store hydrogen. The nanocrystals also permit faster fueling, and reduce the overall “tank” size.

“Among metal hydride-based materials for hydrogen storage for fuel-cell vehicle applications, our materials have good performance in terms of capacity, reversibility, kinetics and stability,” said Eun Seon Cho, a postdoctoral researcher at Berkeley Lab and lead author of a study related to the new fuel cell formula, published recently in Nature Communications.

In a hydrogen fuel cell-powered vehicle using these materials, known as a “metal hydride” (hydrogen bound with a metal) fuel cell, hydrogen gas pumped into a vehicle would be chemically absorbed by the magnesium nanocrystaline powder and rendered safe at low pressures.