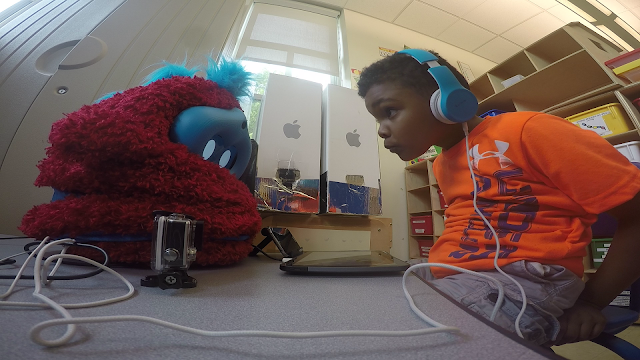 Parents want the best for their children's education and often complain about large class sizes and the lack of individual attention.

Goren Gordon, an artificial intelligence researcher from Tel Aviv University who runs the Curiosity Lab there, is no different.

He and his wife spend as much time as they can with their children, but there are still times when their kids are alone or unsupervised. At those times, they'd like their children to have a companion to learn and play with, Gordon says.

That's the case, even if that companion is a robot.

Working in the Personal Robots Group at MIT, led by Cynthia Breazeal, Gordon was part of a team that developed a socially assistive robot called Tega that is designed to serve as a one-on-one peer learner in or outside of the classroom.

Socially assistive robots for education aren't new, but what makes Tega unique is the fact that it can interpret the emotional response of the student it is working with and, based on those cues, create a personalized motivational strategy.

Testing the setup in a preschool classroom, the researchers showed that the system can learn and improve itself in response to the unique characteristics of the students it worked with. It proved to be more effective at increasing students' positive attitude towards the robot and activity than a non-personalized robot assistant.