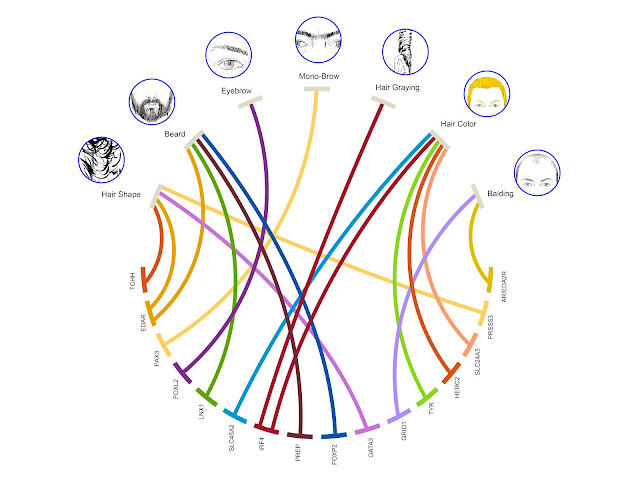 (March 2, 2016)  The first gene identified for greying hair has been discovered by an international UCL-led study, confirming greying has a genetic component and is not just environmental.

Published today in Nature Communications, the study analysed a population of over 6,000 people with varied ancestry across Latin America to identify new genes associated with hair colour, greying, density and shape, i.e. straight or curly.

“We already know several genes involved in balding and hair colour but this is the first time a gene for greying has been identified in humans, as well as other genes influencing hair shape and density,” said lead author, Dr Kaustubh Adhikari, UCL Cell & Developmental Biology.

“It was only possible because we analysed a diverse melting pot of people, which hasn’t been done before on this scale. These findings have potential forensic and cosmetic applications as we increase our knowledge on how genes influence the way we look.”

The findings could help develop forensic DNA technologies that build visual profiles based on an individual’s genetic makeup. Research in this field has previously used samples from people of European descent, but these new results could help forensic reconstructions in Latin America and East Asia.

The gene identified for grey hair – IRF4 – is known to play a role in hair colour but this is the first time it has been associated with the greying of hair. This gene is involved in regulating production and storage of melanin, the pigment that determines hair, skin and eye colour.