A ROBOT WALKS INTO A BAR… 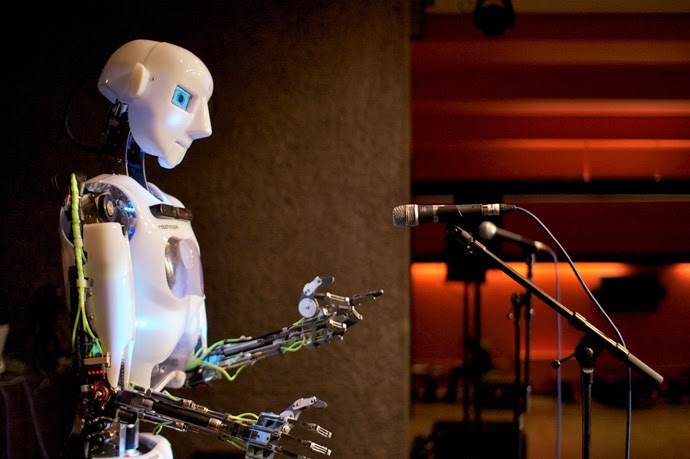 (March 31, 2014) The image of a joke-telling robot, that can tailor its repartee while performing a stand-up comedy routine, has won the overall prize in a national science photography competition organised by the Engineering and Physical Sciences Research Council (EPSRC).

Comedy Lab: Human vs Robot, by Toby Harris, a PhD student at Queen Mary University of London’s Cognitive Science Research Group, stole the show ahead of many other stunning pictures, featuring research in action, which were entered into EPSRC’s inaugural competition.


The competition’s five categories were: Weird and Wonderful, Discovery, Equipment, Innovation, and People.

They feature, the beauty of Rayleigh-Taylor instability shown in salt water as it accelerates into fresh water, the amazing Gömböc - the world’s only artificial self-righting shape, micro-scale vaccine mixing, cancer cells that resemble tropical islands seen from space, and mathematicians that appear to fly.