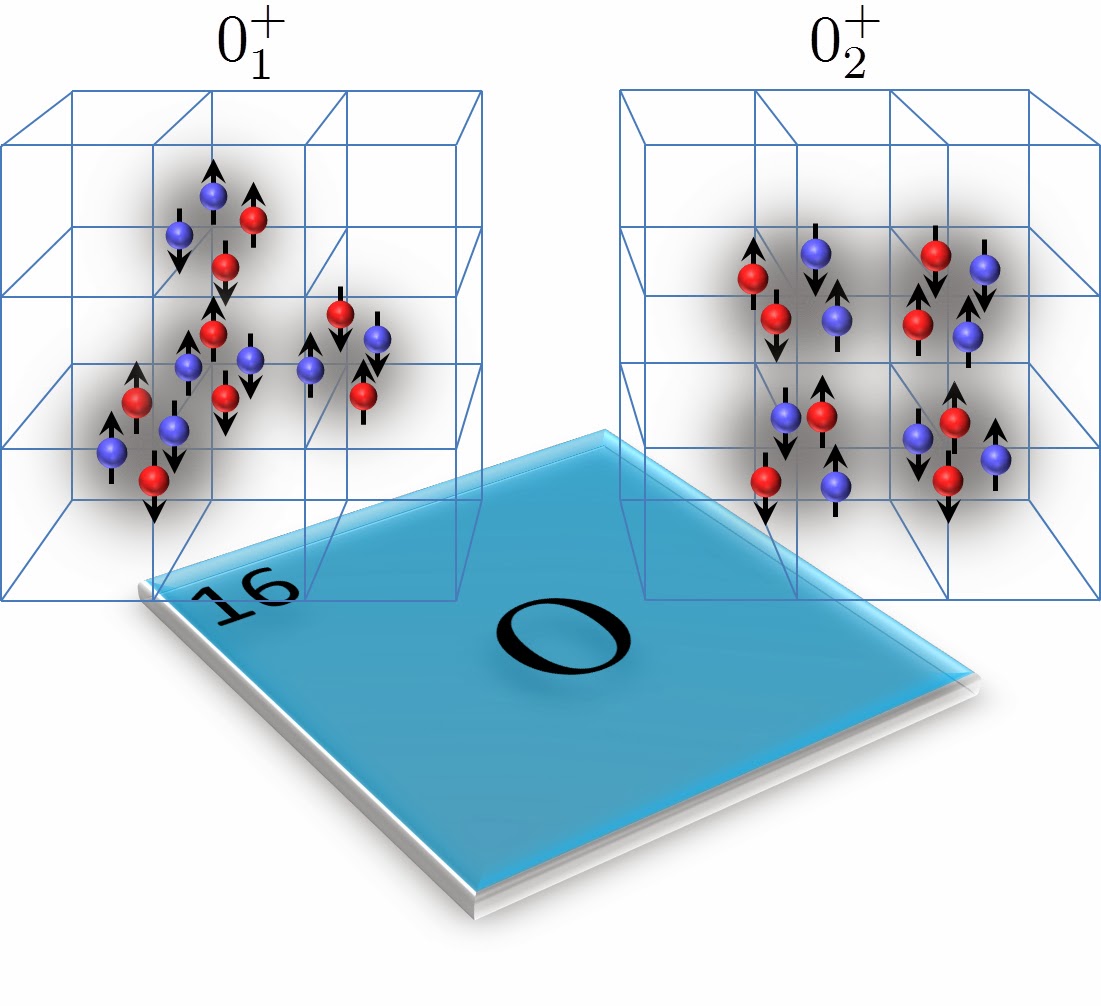 Oxygen-16, one of the key elements of life on earth, is produced by a series of reactions inside of red giant stars. Now a team of physicists, including one from North Carolina State University, has revealed how the element’s nuclear shape changes depending on its state, even though other attributes such as spin and parity don’t appear to differ. Their findings may shed light on how oxygen is produced.