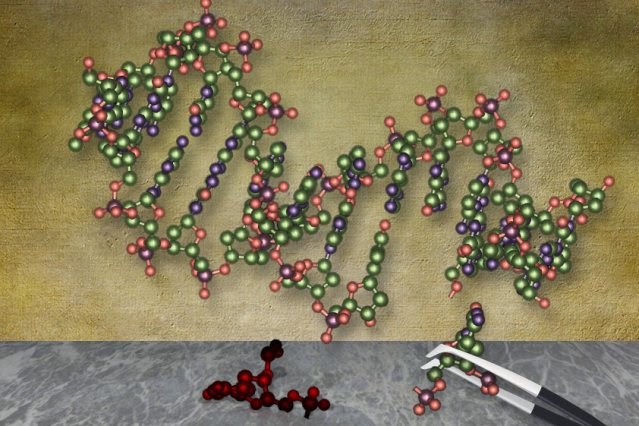 MIT team reverses a liver disorder in mice by correcting a mutated gene.

Using a new gene-editing system based on bacterial proteins, MIT researchers have cured mice of a rare liver disorder caused by a single genetic mutation.
The findings, described in the March 30 issue of Nature Biotechnology, offer the first evidence that this gene-editing technique, known as CRISPR, can reverse disease symptoms in living animals. CRISPR, which offers an easy way to snip out mutated DNA and replace it with the correct sequence, holds potential for treating many genetic disorders, according to the research team.