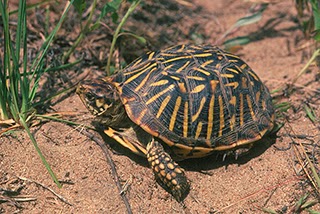 Judging the effects of climate change on extinction may be easier than previously thought, according to a paper published today in the journal Nature Climate Change.

Although widely used assessments of threatened species, such as the IUCN Red List, were not developed with the effects of climate change in mind, a study of 36 amphibian and reptile species endemic to the US has concluded that climate change may not be fundamentally different from other extinction threats in terms of identifying species in danger of extinction.