How Did the Universe Begin: Hot Big Bang or Slow Thaw? 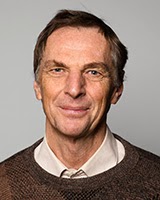 Did the universe begin with a hot Big Bang or did it slowly thaw from an extremely cold and almost static state? Prof. Dr. Christof Wetterich, a physicist at Heidelberg University, has developed a theoretical model that complements the nearly 100-year-old conventional model of cosmic expansion. According to Wetterich’s theory, the Big Bang did not occur 13.8 billion years ago – instead, the birth of the universe stretches into the infinite past. This view holds that the masses of all particles constantly increase. The scientist explains that instead of expanding, the universe is shrinking over extended periods of time.