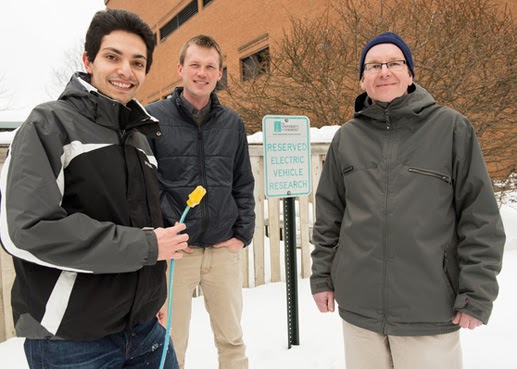 Selecting a Chevy Volt, Tesla Model S, Nissan Leaf — or one of many other new models — shoppers in the United States bought more than 96,000 plug-in electric cars in 2013. That’s a tiny slice of the auto market, but it’s up eighty-four percent from the year before. In Vermont, as of January 2014, there were 679 plug-in vehicles, according to the Vermont Energy Investment Corporation. That’s two hundred percent growth over 2013.