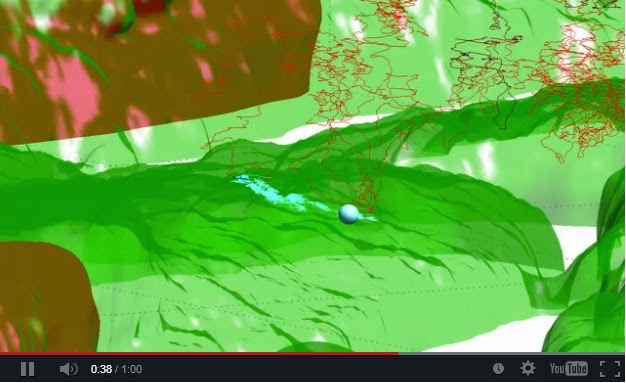 Tiny and swift, viruses are hard to capture on video. Now researchers at Princeton University have achieved an unprecedented look at a virus-like particle as it tries to break into and infect a cell. The technique they developed could help scientists learn more about how to deliver drugs via nanoparticles — which are about the same size as viruses — as well as how to prevent viral infection from occurring.

The video reveals a virus-like particle zipping around in a rapid, erratic manner until it encounters a cell, bounces and skids along the surface, and either lifts off again or, in much less time than it takes to blink an eye, slips into the cell’s interior. The work was published in Nature Nanotechnology.