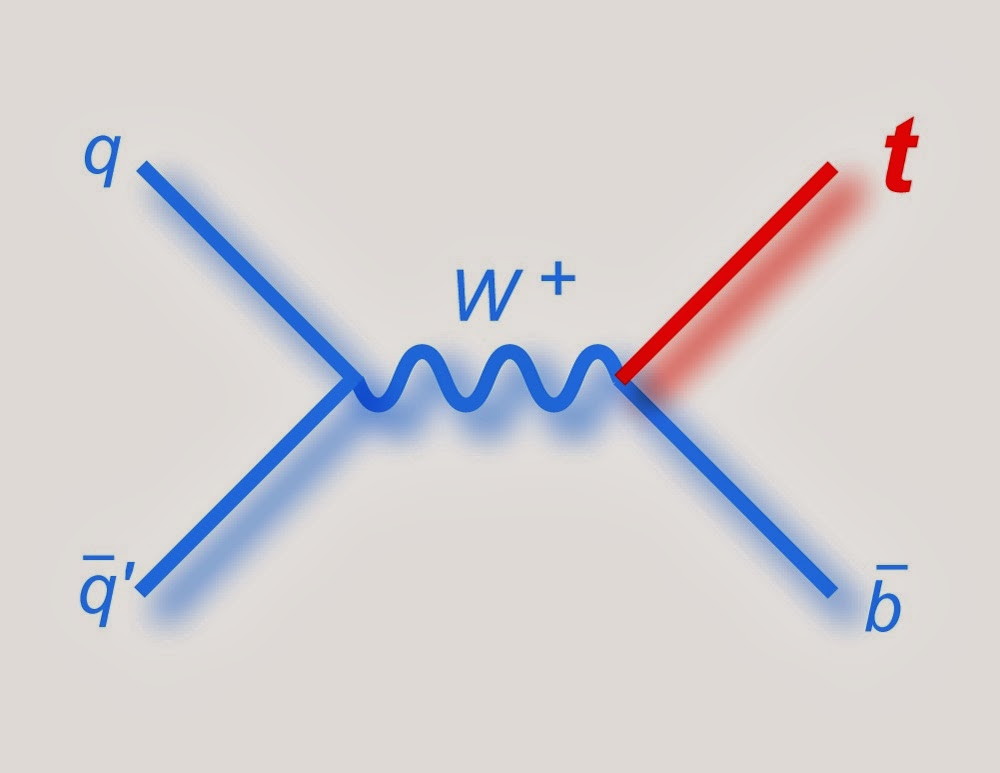 Scientists on the CDF and DZero experiments at the U.S. Department of Energy’s Fermi National Accelerator Laboratory have announced that they have found the final predicted way of creating a top quark, completing a picture of this particle nearly 20 years in the making.

The two collaborations jointly announced on Friday, Feb. 21, that they had observed one of the rarest methods of producing the elementary particle – creating a single top quark through the weak nuclear force, in what is called the “s-channel.” For this analysis, scientists from the CDF and DZero collaborations sifted through data from more than 500 trillion proton-antiproton collisions produced by the Tevatron from 2001 to 2011. They identified about 40 particle collisions in which the weak nuclear force produced single top quarks in conjunction with single bottom quarks.