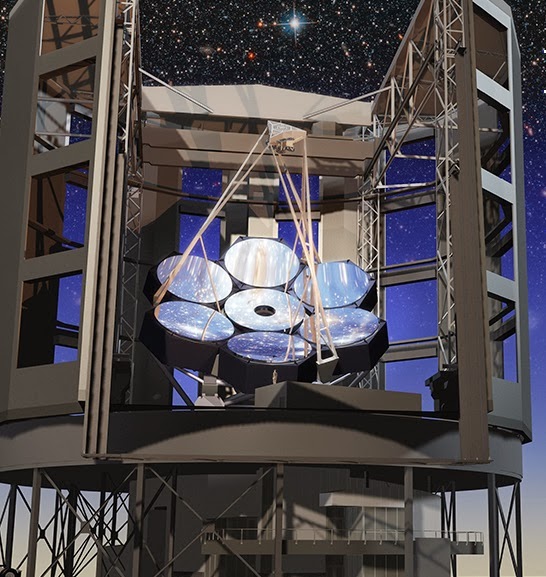 The international consortium of the Giant Magellan Telescope (GMT) project has passed two major reviews and is positioned to enter the construction phase. When completed, the 25-meter GMT will have more than six times the collecting area of the largest telescopes today and ten times the resolution of the Hubble Space Telescope. Scientists will explore distant and potentially habitable planets around other stars, the universe in the first billion years after the Big Bang, and the mysteries of dark matter, dark energy and massive black holes.