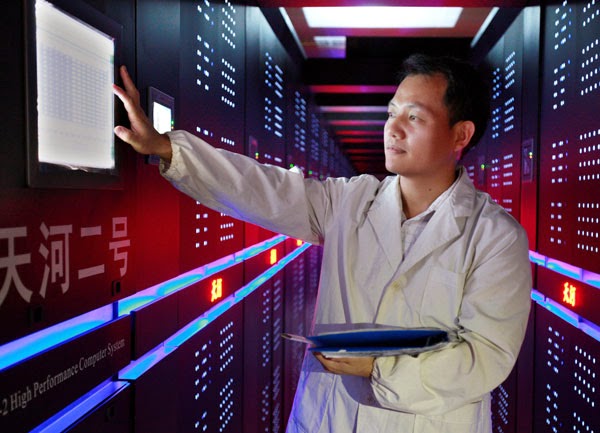 China's Tianhe-2 supercomputer, with a performance of 33.86 petaflops per second (Pflops/s), retained the title of the world's fastest system for the third consecutive time, according to a biannual Top500 list of supercomputers released Monday.

Tianhe-2, developed by China's National University of Defense Technology and deployed at the National Supercomputer Center in Guangzhou, capital of south China's Guangdong Province, has held the title for China since June 2013.