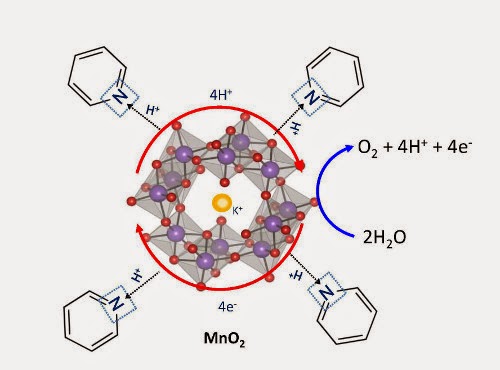 Water splitting is one of the critical reactions that sustain life on earth, and could be a key to the creation of future fuels. It is a key in the process of photosynthesis, through which plants produce glucose and oxygen from water and carbon dioxide, using sunlight as energy. However, there are still significant mysteries about the process. Nature's own water-splitting catalysts—which are based on manganese rather than more common elements such as iron, copper, or nickel—are incredibly efficient, and scientists have long been studying why this is so and how we can mimic the natural system.