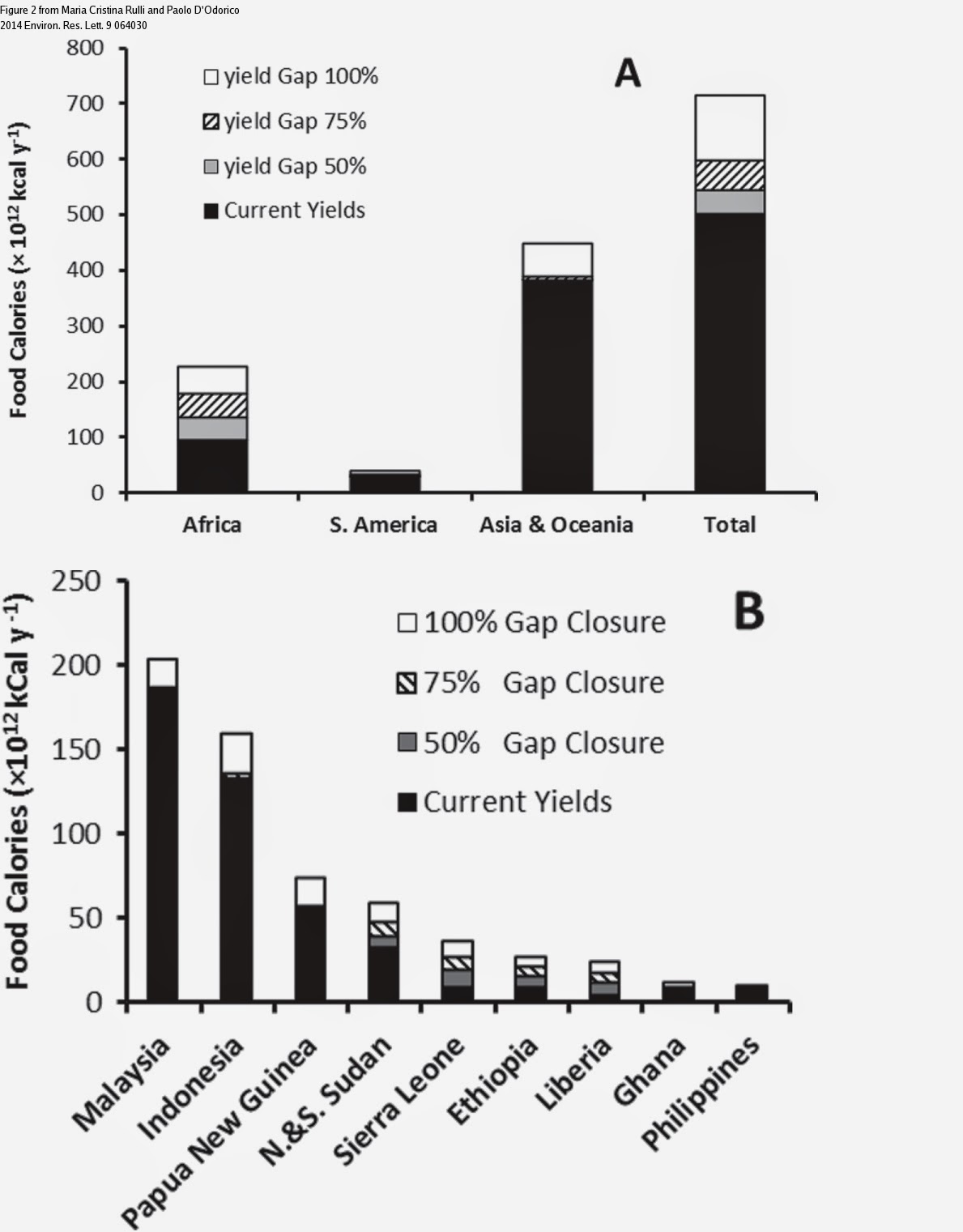 Abstract
The increasing demand for agricultural products and the uncertainty of international food markets has recently drawn the attention of governments and agribusiness firms toward investments in productive agricultural land, mostly in the developing world. The targeted countries are typically located in regions that have remained only marginally utilized because of lack of modern technology. It is expected that in the long run large scale land acquisitions (LSLAs) for commercial farming will bring the technology required to close the existing crops yield gaps. While the extent of the acquired land and the associated appropriation of freshwater resources have been investigated in detail, the amount of food this land can produce and the number of people it could feed still need to be quantified.