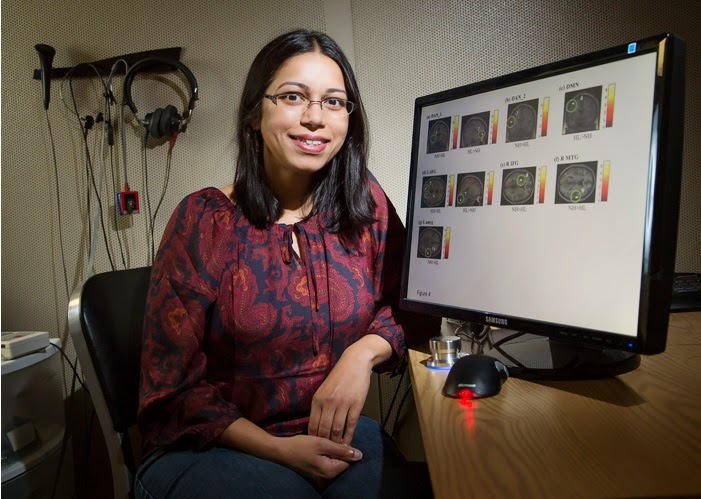 Patients with persistent ringing in the ears – a condition known as tinnitus – process emotions differently in the brain from those with normal hearing, researchers report in the journal Brain Research.

Tinnitus afflicts 50 million people in the United States, according to the American Tinnitus Association, and causes those with the condition to hear noises that aren’t really there. These phantom sounds are not speech, but rather whooshing noises, train whistles, cricket noises or whines. Their severity often varies day to day.