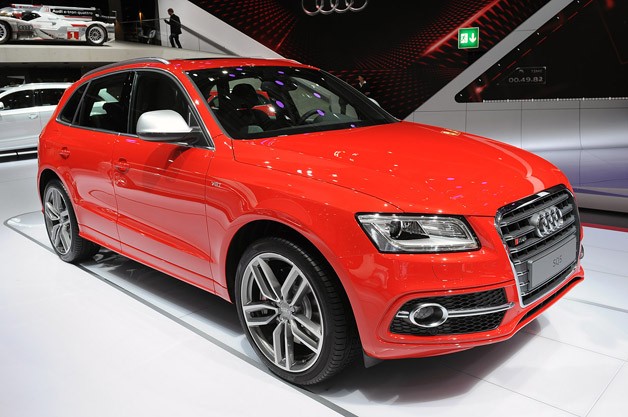 Audi is a company synonymous with diesel performance. Its efforts at the 24 Hours of Le Mans have repeatedly proven what can be accomplished with a healthy oil-burner at your command, but until now, buyers were unable to pick up spots-oriented models with a TDI badge. That's changed with the debut of the SQ5 TDI at the 2012 Paris Motor Show.

As the first S model with a diesel engine, the crossover boasts 309 horsepower and 479 pound-feet of torque. The grunt gets to the ground via an eight-speed Tiptronic transmission and the company's Quattro all-wheel-drive system. The combination can hustle the SQ5 to 62 miles per hour in 5.1 seconds.