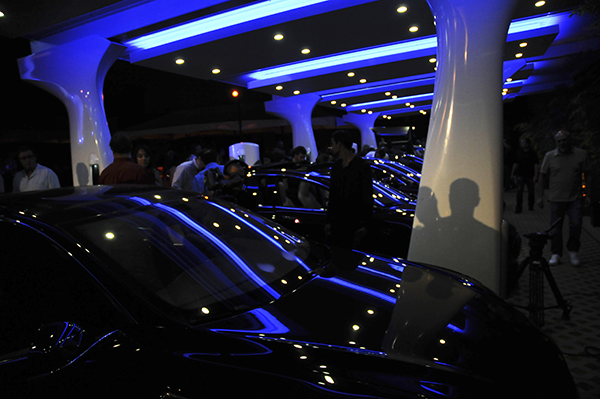 The technology at the heart of the Supercharger was developed internally and leverages the economies of scale of existing charging technology already used by the Model S, enabling Tesla to create the Supercharger device at minimal cost. The electricity used by the Supercharger comes from a solar carport system provided by SolarCity, which results in almost zero marginal energy cost after installation. Combining these two factors, Tesla is able to provide Model S owners1 free long distance travel indefinitely.