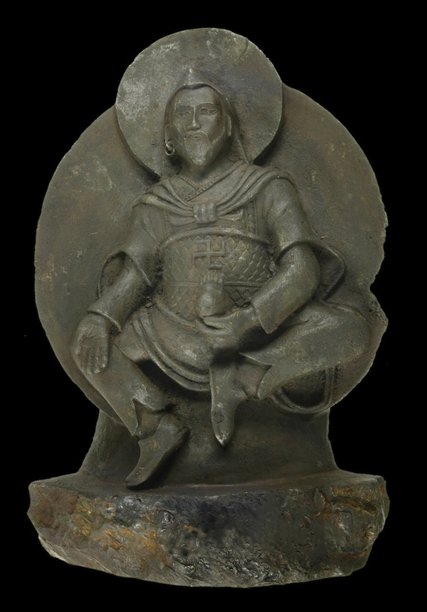 It sounds like a mash-up of Indiana Jones' plots, but German researchers say a heavy Buddha statue brought to Europe by the Nazis was carved from a meteorite that likely fell 10,000 years ago along the Siberia-Mongolia border.

This space Buddha, also known as "iron man" to the researchers, is of unknown age, though the best estimates date the statue to sometime between the eighth and 10th centuries. The carving depicts a man, probably a Buddhist god, perched with his legs tucked in, holding something in his left hand. On his chest is a Buddhist swastika, a symbol of luck that was later co-opted by the Nazi party of Germany.