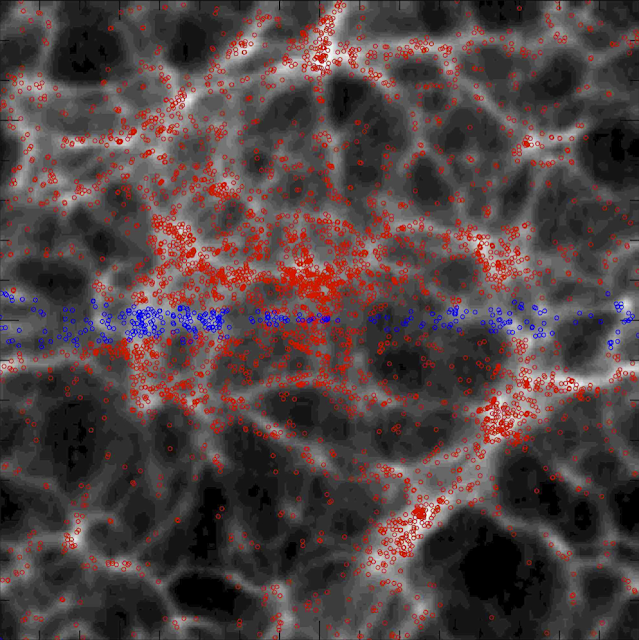 Astronomers in Germany have developed an artificial intelligence algorithm to help them chart and explain the structure and dynamics of the universe around us. The team, led by Francisco Kitaura of the Leibniz Institute for Astrophysics in Potsdam, report their results in the journal Monthly Notices of the Royal Astronomical Society.

Scientists routinely use large telescopes to scan the sky, mapping the coordinates and estimating the distances of hundreds of thousands of galaxies and so enabling scientists to map the large-scale structure of the Universe. But the distribution they see is intriguing and hard to explain, with galaxies forming a complex ‘cosmic web’ showing clusters, filaments connecting them, and large empty regions in between.