White shark diets vary with age and among individuals 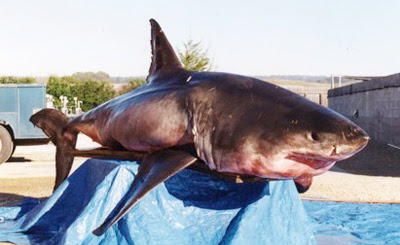 Many white sharks shift from fish to marine mammals as they mature, but individual sharks show surprising variability in dietary preferences

White sharks, the largest predatory sharks in the ocean, are thought of as apex predators that feed primarily on seals and sea lions. But a new study by researchers at the University of California, Santa Cruz, shows surprising variability in the dietary preferences of individual sharks.